What Team Trump is Saying: Brad Parscale on The Daily Briefing

“As soon as any of [the Democrats] have to go against [President Trump] on policy, he clearly comes out victorious in 2020. They’ve been able to run around in their own little vacuum for the past year, now as they’re starting to put their policies against the Presidents, it looks very good for the President.”

“He is in a difficult spot there. I don’t think any of the money in the world can undo that. For 20 years he has supported this policy. I don’t think it’s just about the policy, it’s very demeaning the characterization of the use of minority neighborhoods. I think he’s is in a troubled spot.”

“He’s going to own it and keep it forever. This isn’t something you can do an apology tour over. The way his comments have been. The money is one thing, but he still is a guy that is running for president that has to live on these policies. But I think the President is going to be successful.”

“New Hampshire is in a much better place than 2016. I feel very comfortable. It was among one of the very first states I talked about, other than New Mexico, as a state we could add to the map. I think what you see [at the rally], 50% from New Hampshire, 17% did not vote in 2016 for any candidate, showed up at a rally. Those numbers alone take us over the winning line.”

“There’s a 96.6% chance if you show up for a rally, you’re going to show up to vote. Even more if you donate $1, it’s a 98.4% chance. Once you are engaged, once you connect with us, we have your data and can talk to you, your odds skyrocket if you’re coming out to vote. That is something that has been unprecedented with this president, with what he has done to bring out voters in 2020.” 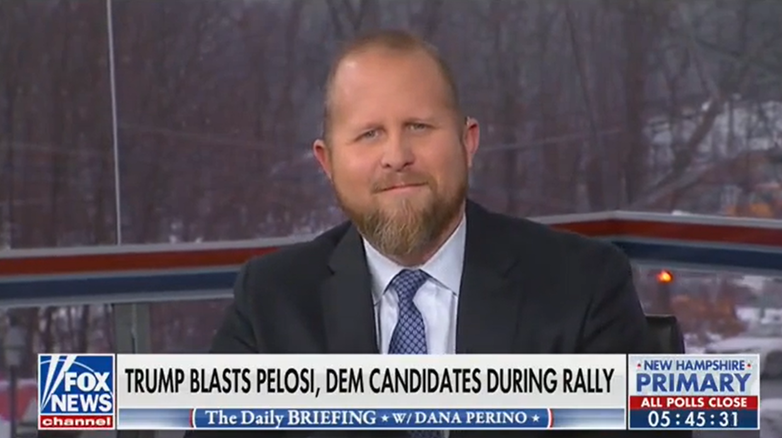