Are you sick and tired of the fake news and the liberal media bias that has taken over nearly every newsroom and so-called news site in America?

The U.S. media coverage of President Trump is terribly unfair and unbalanced.

We want to provide you with a better choice.

The John Fredericks Media Network launched Trump Nation News on December 1, 2019, to provide our nationwide radio audience and all Americans with a trusted news platform for truth.

While we are unabashedly pro-Trump and support his re-election, we strive to give you the daily news and facts about the Trump Administration without the fake news media filter.

We’ll also bring you John Fredericks’ exclusive daily analysis on the Trump campaign, politics, the Democrats, the nation, and the world.

So BOOKMARK us today! Don’t miss a beat with Trump Nation News. Sign up for our newsletter or alerts on our home page.

Thank you for your support! 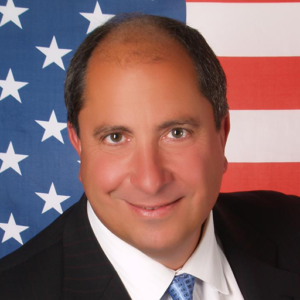 The John Fredericks Morning Show, heard 6 AM to 10 AM daily, has become must-listen radio. President Trump has been a regular guest since 2015.

Fredericks is also the Publisher of three Star News Media digital daily newspapers: The Georgia Star News, The Virginia Star and Pennsylvania Daily Star. He and his wife Anne, the company’s CEO, own a number of radio stations in Virginia, Georgia, and Pennsylvania.