The FBI’s raid on former President Trump’s Mar-a-Lago home has Americans worried whether this untethered federal agency is suddenly a threat to democracy. Truth is, the FBI has played politics from its inception in the 1930s. It has a long, tarnished history of resorting to deception, violence, and lawless methods in pursuit of its partisan goals.

The FBI’s dirty tricks in service of political favorites go way back. When Senator Gerald Nye (R-ND), an isolationist unpopular with the FDR administration, criticized the role of the munitions industry in shaping US foreign policy, the FBI made Nye’s life miserable, opening his mail and looking (in vain) for evidence of criminal activity.

ALSO READ: ICYMI: “So FBI, Why No Raid of Hunter Biden’s House?!”

During the 1948 presidential election, as Vox notes, the FBI leaked to Republican candidate Thomas E. Dewey information about President Harry Truman’s past associations with the Pendergast political machine back in Kansas City, Missouri. Republicans used the information to try to tarnish Truman, but he won anyway.

The FBI made Dr. Martin Luther King their No. 1 political target during the civil rights era. At one point the agency even threatened to expose what they said was evidence of King’s marital infidelities and suggested the only way out was suicide.

Read the full story from The New York Post. 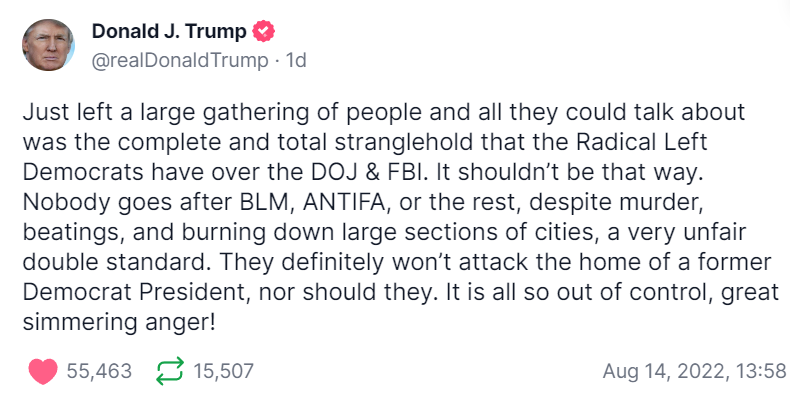 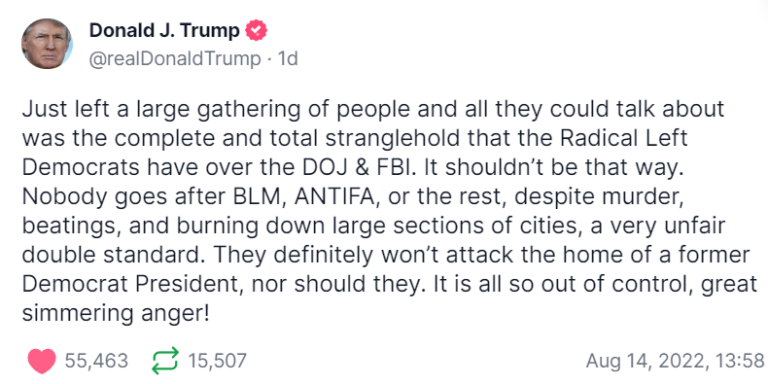