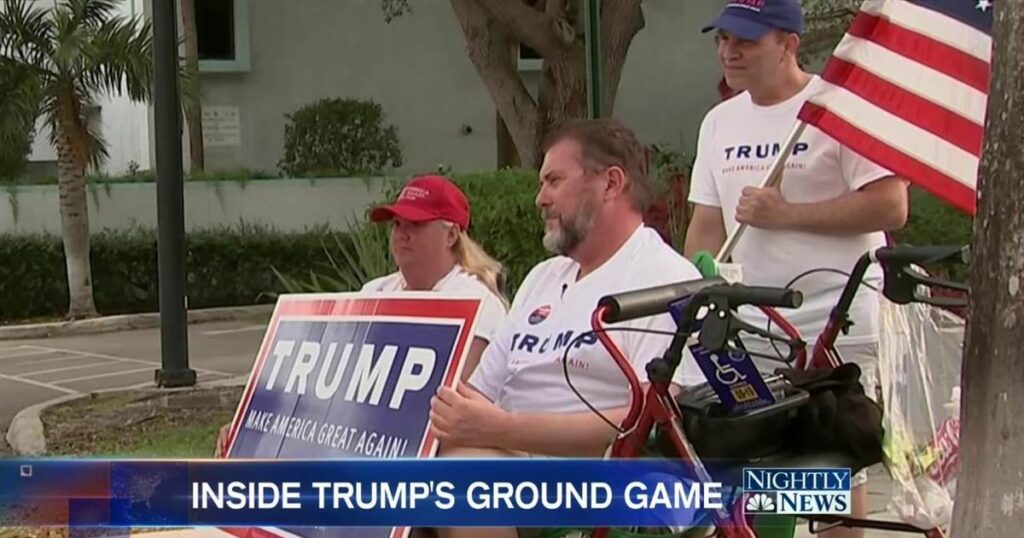 WASHINGTON – The Republican National Committee (RNC), Donald J. Trump for President, Inc., and their authorized joint fundraising committees announced today that combined they raised over $210 million in August. August’s haul was fueled by the incredible response from Americans who watched the RNC Convention, which brought in $76 million over the course of four days, besting the DNC’s haul. August was also the largest online fundraising month ever for the re-election effort.

“Enthusiasm for President Trump and our Party only strengthened in August as Americans know the economy, law and order, and American greatness are on the ballot this November,” said RNC Chairwoman Ronna McDaniel. “Thanks to early investments in field, digital and data, we have built the most sophisticated ground game in history. Democrats simply cannot compete with our grassroots army of two million volunteers, and the millions of door knocks and phone calls we make each week will prove to be a critical advantage for President Trump and Republicans come Election Day.“

“Both campaigns are raising massive amounts of money, but have very different priorities about how to spend it. In addition to advertising, President Trump’s campaign has invested heavily in a muscular field operation and ground game that will turn out our voters, while the Biden campaign is waging almost exclusively an air war. We like our strategy better. The Trump campaign will have all the resources we need to spread the message of President Trump’s incredible record of achievement, on the ground and on the air, and define Joe Biden as a tool of the radical left,” said Bill Stepien, Trump 2020 Campaign Manager. “President Trump built the world’s best economy once and is doing it a second time, and will keep Americans safe. Biden has a terrible economic record, would kill the recovery by raising taxes by $4 trillion dollars, and sides with criminals over law-abiding citizens. This is a clear choice for voters, who will re-elect President Trump in November.”

Democrats pulled out all the stops in an attempt to boost Joe Biden’s campaign this month.  In addition to the announcement of their vice presidential nominee and DNC Convention which historically brings an influx of cash, Democrats relied heavily on Hollywood celebrities and gimmicks to raise their numbers.

But big names are no match for the enthusiasm advantage that President Trump enjoys and the ground game that the Trump campaign and RNC have amassed over the past four years. Not only are the Trump campaign and RNC raising enormous sums, but we continue to invest record amounts in powering the largest field program and data operation in Party history that is vastly ahead of the Biden camp.  Trump Victory currently has 2,000 field staff on the ground, buoyed by over 2 million volunteers trained and activated.  No amount of money or saturating the airwaves from the Biden campaign will be able to make up for the fact that they are dormant at the doors and have no field operation to rely on. Meanwhile, Trump Victory continues to reach millions of voters a week on phones and on doors.

The election is 55 days out – only President Trump has the ground game and get out the vote operation that will make a difference on November 3rd.