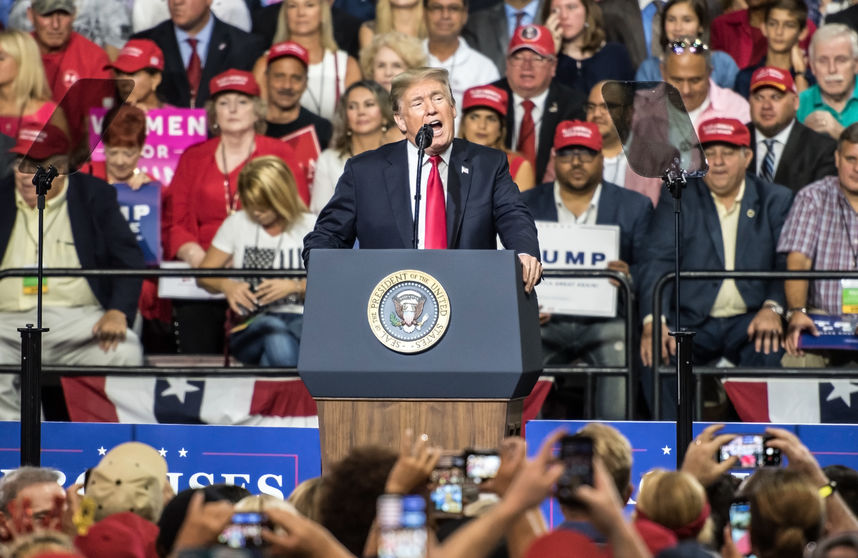 Former President Donald Trump is on a revenge mission in Georgia.

After top Republicans refused to rig the state’s 2020 vote in his favor, he’s already inspired one primary challenge to Gov. Brian Kemp, and he’s endorsed another against Secretary of State Brad Raffensperger. Wounded by two special election losses that cost the GOP control of the Senate, he’s also trying to coax Herschel Walker — a football legend in Georgia — to run for the seat that’s up again in 2022.

Trump’s ire comes through in the emailed statements he issues to get around social media bans. Since March, at least two dozen have mentioned Georgia, accounting for about 12 percent of the messages Trump’s Save America PAC has sent in that time. No other state has been singled out more.

As recently as Friday, Trump suggested that the “PEOPLE of Georgia should SUE the State, and their elected officials, for running a CORRUPT AND RIGGED 2020 PRESIDENTIAL ELECTION” — a response to the news that the Justice Department is suing the state over the restrictive voting law Kemp signed after Trump’s loss and that Trump has complained does not go far enough.