In a panic over the potential of a historic U.S. post-lockdown economic recovery, Democrats are attempting to flood the zone with another manufactured crisis: close schools this fall.

The fact that there is absolutely no scientific data or evidence to support another semester of closing classrooms or shuttering athletics, Democrats are eager to sacrifice the education of your children in their thirst for political power and to get Trump out of office in November.

Closing schools in the fall means less economic activity (no back to school spending) and fewer job seekers (parents have to stay home to monitor their kids), both hurting the Trump recovery going into the election.

Their bonus is canceling high school athletics–especially football–which becomes a huge downer for many student-athletes, their parents and communities.

A depressed electorate is unlikely to rally around an incumbent President running for re-election.

Trump promised to put pressure on governors to get schools opened in the fall amid rising coronavirus cases in the United States.

At a White House summit on Tuesday, Trump signaled the full-court press, saying it would not be good politics to keep schools closed.

“We don’t want people to make political statements or do it for political reasons. They think it’s going to be good for them politically, so they keep the schools closed. No way,” Trump said during a White House event with government officials and school administrators.

The importance of in-person learning is well documented, and continued closures stand to negatively impact the welfare of America’s youth.

Research has shown that school closures disproportionately affect the most vulnerable students, widening disparities in achievement and harming economic potential.

Lengthy-time away from schools – and associated interruptions in supportive services – make it difficult for schools to best serve their students’ wellbeing.

While children are away from schools, educators are unable to effectively address important learning deficits, child and adolescent physical or sexual abuse, substance use, depression, and suicidal ideation.

School closures also limit the availability of reliable, healthy meals for some students and take away physical activity options for children.

The American Academy of Pediatrics recently endorsed a return to school, citing mounting concerns about children’s social isolation, depression, and learning deficits. “The AAP strongly advocates that all policy considerations for the coming school year should start with a goal of having students physically present in school,” it stated. “There is already evidence of the negative impacts on children because of school closures.”

According to a recent Gallup poll, the vast majority of parents also want to see schools reopen in the fall in some capacity, with 56% supporting a full-time reopening. A majority of parents agreed that remote learning has been difficult for both them and their children. Another recent poll found that majorities of parents are concerned about their children missing out on learning time, about themselves missing work, and about the cancellation of after-school activities.

Duckworth, a veteran of the military, knows she has to burnish her “woke” street credibility with the Left-wing nutballs who now run the national Democratic Party to even have a shot at the second slot on Biden’s ticket.

“After saying she was open to tearing down statues of George Washington, Tammy Duckworth is now using her military service to deflect from her support for the left-wing campaign to villainize America’s founding,” said Scott O’Grady, Veterans For Trump Co-Chair & Medal of Honor Recipient.

“If she can’t defend George Washington, our first Commander-in-Chief, those of us who still respect our Founding Fathers’ immense sacrifice and think America is worth fighting for will hold her accountable for cowering to the far-left fascists in the Democrat Party.”

Tune in The John Fredericks Show on Wednesday, July 8 from 6-10 AM. Click here for the complete guest line-up. 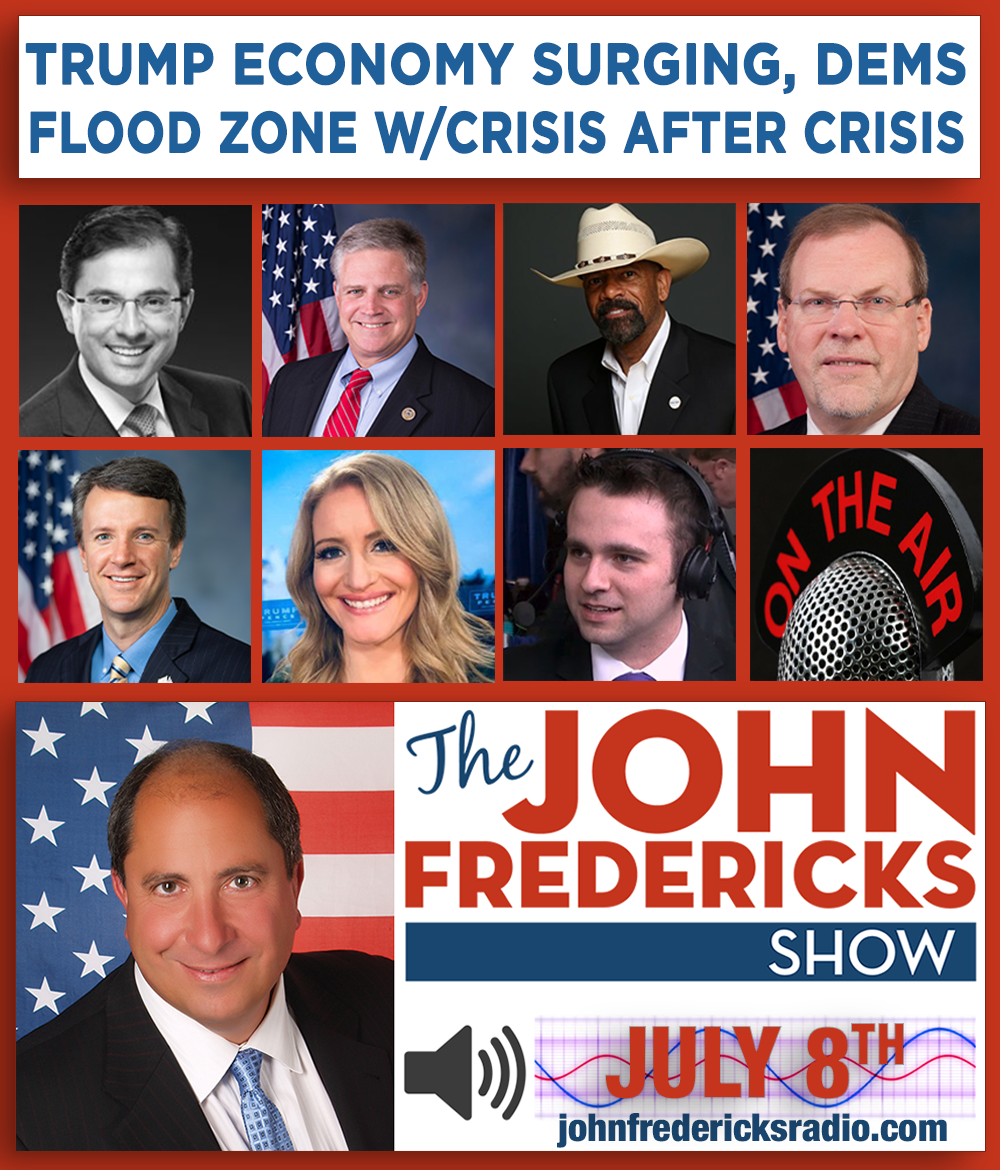