Trump Economy On Fire: GDP BOOMS at 2.1 percent in Q-4 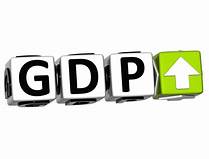 The Trump Economy continues to lead the world, booming again with a stellar Q-4 ’19 GDP growth rate of 2.1 percent…The U.S. GDP grew a solid 2.3 percent growth rate in 2019…Remember when President Obama said 1 percent GDP was the “new normal” and we had to “get used to it?” And what about his magic wand?

“It’s fitting that today’s better-than-expected GDP report of 2.1 percent is coming out the same day we are launching our ‘Jobs, Jobs, Jobs’ bus tour in Iowa [with the John Fredericks radio network].

Today’s report is just the latest evidence that President Trump’s economic policies are working and the best economy in 50 years is not slowing down. And just as importantly, it confirms the message of our Iowa bus tour, which is ‘Socialism takes, Capitalism creates.”  We should be doubling-down on the President’s successful,pro-growth policies, including tax cuts and regulatory relief. Unemployment is at its lowest level in generations, wages are continually growing at around 3 percent, and the stock market is setting record after record. In fact, 2020 should be an even better year, with the USMCA finally earning congressional approval, Phase One of the China deal taking effect, and a full year of lower interest rates.  America is going to have an incredible debate about ‘socialism versus capitalism’ in the year ahead and America’s 90-million-strong small business community is eager to have that debate and keep America strong and moving forward.”