Joe Biden told a panel of the National Association of Black Journalists that “you all know” that virtually all Black people think alike.

The following is a statement from Katrina Pierson, Trump 2020 senior advisor:

“The condescending white liberal racism that oozes out of Joe Biden is disgusting. We already know that he thinks ‘you ain’t Black’ if you’re not voting for him. And we know that when a Black journalist asks him a tough question, he brings up cocaine use and says ‘are you a junkie?’ Now he arrogantly tells a group of Black reporters that ‘you all know’ that Black people think alike. There’s a reason Joe Biden can’t count on the support of Black voters and it’s because of his plantation owner mentality.  President Trump has a true record of helping Black Americans, with unprecedented economic opportunity, record funding for HBCUs, criminal justice reform, and support for school choice. Joe Biden would rather we all just shut up, get in line, and know our place.” 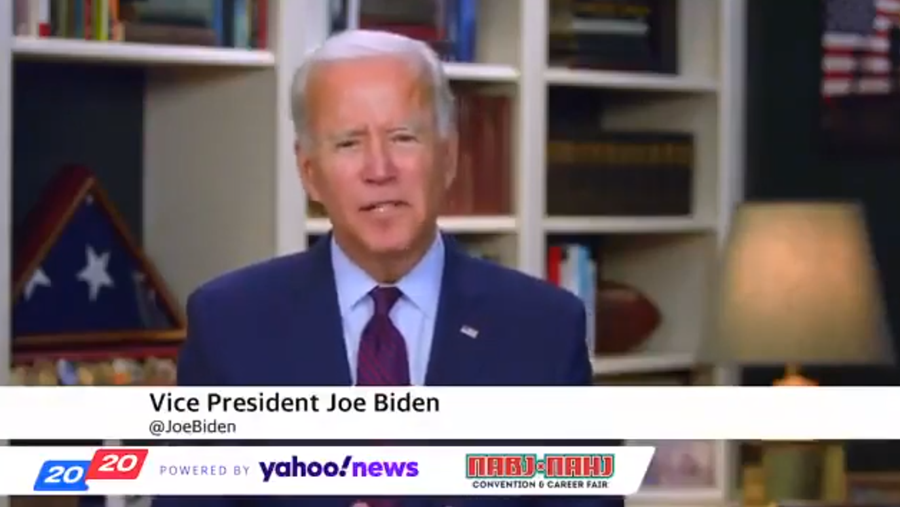