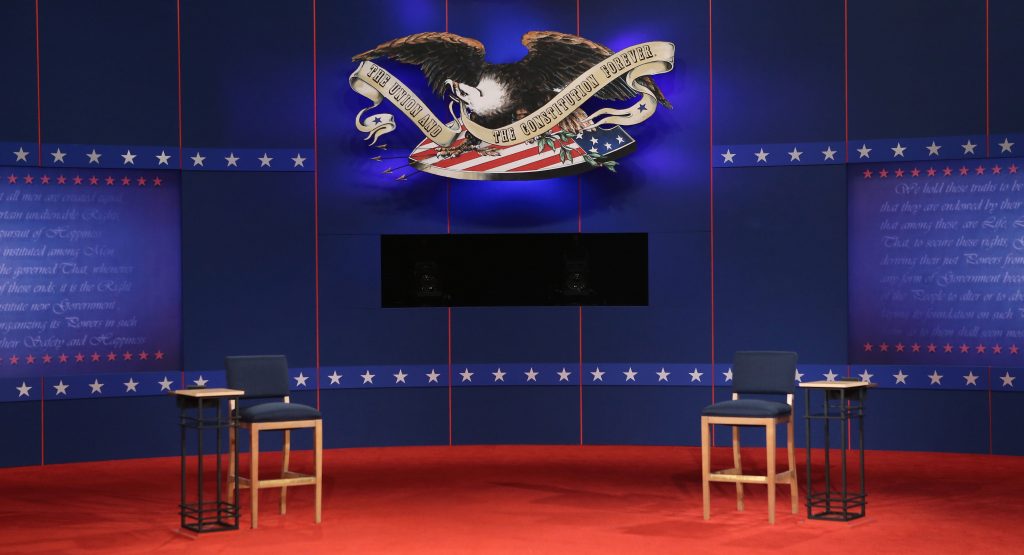 The Trump-Pence Re-Elect campaign requested a 4th debate, earlier than three agreed upon.

President Trump’s re-election campaign today sent a letter to the Commission on Presidential Debates requesting that a fourth debate be scheduled before Americans begin voting in the 2020 presidential election.  The Trump and Joe Biden campaigns have already agreed to three scheduled debates, but the earliest of those would take place on September 29, which is after millions of voters in 16 states will have already been voting. North Carolina voters will actually begin casting their votes beginning on September 4, 2020.  If no fourth debate can be scheduled, the Trump campaign urged the Commission to move the last scheduled debate up to the first week of September.  The Trump campaign also suggested a list of proposed moderators from which the Commission should choose.

“Simply put, the Commission’s current approach is an outdated dinosaur and not reflective of voting realities in 2020,” reads the letter from Rudy Giuliani, former Mayor of New York and Trump campaign representative. “For a nation already deprived of a traditional campaign schedule because of the COVID-19 global pandemic, it makes no sense to also deprive so many Americans of the opportunity to see and hear the two competing visions for our country’s future before millions of votes have been cast.”

The letter details the problems associated with the current debate schedule as it relates to early voting:

“Certainly former Vice President Biden would agree with the need to avoid having millions of Americans disenfranchised by not being able to see and hear the two major party candidates debate before they have ballots in-hand, and our suggestions for location and moderators shows a spirit of cooperation the Commission should be able to agree to,” continues the letter. “Additionally, now that former Vice President Biden has finally confirmed he is indeed available to leave his basement for the fall debates, we are also requesting the Commission solidify its backup plans for debate locations and logistics in the event additional COVID-19 complications arise at any of the locations. A simple studio format with no audience should be established as an emergency back-up plan for all currently scheduled presidential and vice presidential debates, and this should be done soon.”