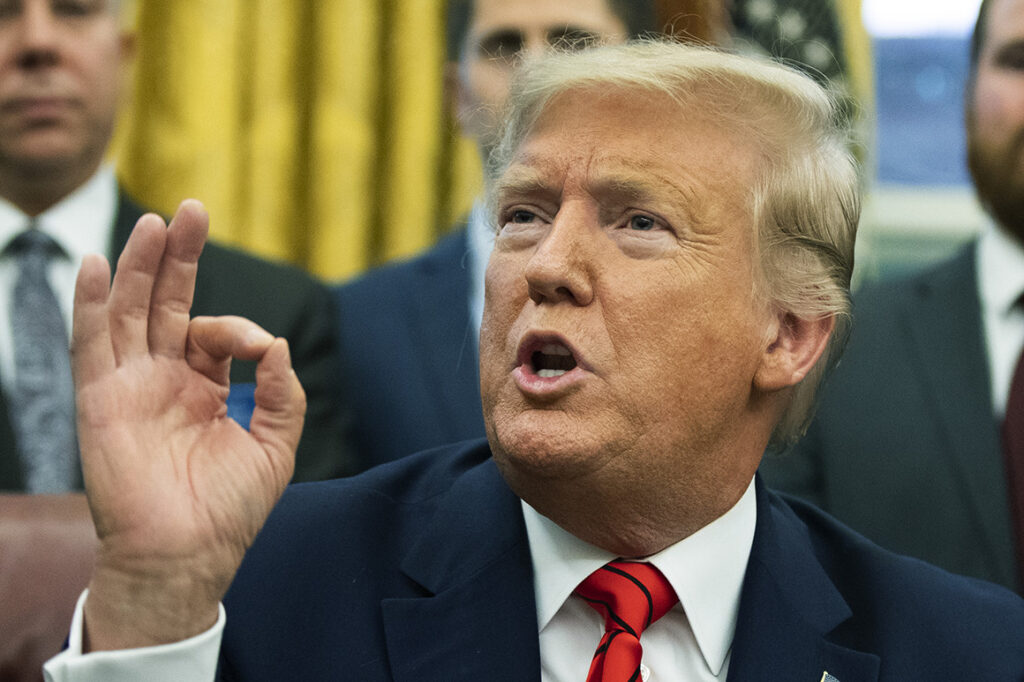 Donald J. Trump for President, Inc., along with the Republican National Committee and the New Jersey Republican Party, filed suit Tuesday night to invalidate Governor Phil Murphy’s Executive Order 177. This unconstitutional order violates New Jerseyans’ 14th Amendment right to vote, as well as the Elections Clause and the Electors Clause of the U.S. Constitution. The unlawful power grab by New Jersey Democrats has demonstrably opened the state’s election system up to fraud and will lead to the disenfranchisement of New Jersey voters. In defense of free and fair elections, the Trump Campaign cannot allow for Democrat party bosses to undermine the integrity of our democracy.

The lawsuit states: “In a direct usurpation of the legislature’s authority, Governor Murphy issued Executive Order 177 purporting to rewrite the election code for the November 2020 election. This brazen power grab was not authorized by state law and violates both the Elections Clause and Electors Clause of the U.S. Constitution and 3 U.S.C. §1.”

Matt Morgan, Trump 2020 General Counsel: “Across the country, the Democrat Party is launching an alarming assault on the safety and security of our elections. In the state of New Jersey, where their universal vote-by-mail system has already resulted in fraud and disenfranchisement, Governor Murphy continues to remove safeguards against abuse. With a stroke of his pen, the governor told his people their votes may not count – they may even be stolen – and that’s fine by him. Despite constant attacks on our election system, President Trump and the Trump Campaign will continue to defend our democracy.”

Ronna McDaniel, Chairwoman of the Republican National Committee: “Governor Murphy’s executive order is not only an abuse of power, but a recipe for disaster. In New Jersey’s primary election, dead people voted, a mail truck carrying ballots actually caught fire, countless voters saw their ballots rejected, and the Democrat Attorney General is prosecuting multiple people for fraud, yet Democrats still want to implement a rushed transition to an all mail election. This decision will sow chaos and risk disenfranchising New Jersey voters.”

“When they were counting the delegates tonight, somebody should have been totaling the $4 trillion in new taxes that Joe Biden would heap on Americans if elected. Another informative exercise would have been for each state delegation to announce how many jobs Biden’s failed policies have killed in their communities, through high taxes and regulations, disastrous trade deals, and coddling of economic rivals like China.

While television networks will never get that time back, someone should have explained that Biden will give taxpayer-funded healthcare to illegal aliens and award them work permits so they can compete with Americans for jobs. And finally, someone should have explained to Joe Biden that he is now the official nominee of the Democrat Party, meaning his supervisors from the radical left are now formally in charge.”