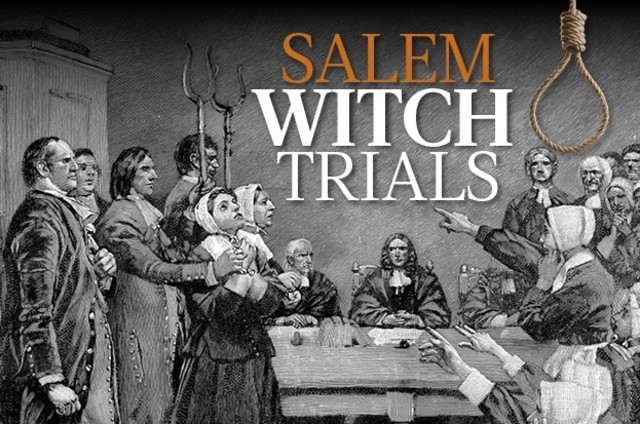 In a six page letter to the Speaker of the House, President Trump skewers Pelosi…“This Impeachment Represents an Unprecedented and Unconstitutional Abuse of Power”…”More due process was afforded to those accused in the Salem Witch Trials”…accuses Democrats of interfering in U.S. elections…“It is time for you and the highly partisan Democrats in Congress to immediately cease this impeachment fantasy and get back to work for the American People….” ” I write this letter to you for the purpose of history and to put my thoughts on a permanent and indelible record”…

Democrats have violated their oaths of office and broken their allegiance to the Constitution by proceeding with this invalid impeachment.

·         Democrats dare to invoke the founding fathers, but have declared open war against our democracy and threatened to destroy that which our founders pledged their lives to build.

·         Democrats deprived President Trump of basic constitutional due process from the beginning of this impeachment sham and broke with one precedent after another.

·         This impeachment is a partisan attempted coup and anyone who votes for it is demonstrating how deeply they revile the voters and detest our constitutional order.

·         It is time for Democrats to end this impeachment fantasy and get back to work for the American people.

Democrats’ “abuse of power” claim is a disingenuous and baseless invention of their imagination.

·         President Trump had a totally appropriate conversation with President Zelensky.

·         President Trump always puts America’s interests first when talking with a foreign leader, just as he did when speaking with President Zelensky.

·         President Zelensky has repeatedly declared that there was no pressure.

·         Ukraine’s Foreign Minister made abundantly clear that there was no link between investigations and security assistance.

·         Ambassador Sondland testified that President Trump told him “No quid pro quo. I want nothing.”

·         Democrats are turning a policy disagreement between two branches of government into an impeachable offense.

o   This is no more legitimate than charging members of Congress with crimes for lawfully exercising their legislative power.

Democrats’ “obstruction of Congress” claim is preposterous and dangerous for our system of government.

·         Democrats are trying to impeach the duly elected President for asserting constitutionally based privileges that have been asserted by administrations of both parties throughout our history.

·         Under Democrats’ new standard, every American president would have been impeached many times over.

·         As Professor Turley warned, if House Democrats continue down this unprecedented path they are the ones committing an abuse of power.

Democrats are interfering in our elections and subverting American democracy.

·         Democrats have never been able to accept the results of the 2016 election and are intent on silencing the voice of American voters.

·         House Democrats have been set on impeachment for years, introducing their first impeachment resolution within months of President Trump taking office.

o   Speaker Pelosi herself recently admitted that this impeachment effort has been going on for “two and a half years.”

o   After years of unfair investigations which produced nothing, Democrats had the opportunity to move on and do what is right.

o   Yet, they did not move on and apologize for putting the country through that hoax. They decided to lead another fake investigation.

·         Instead of putting our country first, Democrats are manufacturing whatever excuse they can to carry out their partisan coup.

DENOUNCING THIS UNPRECEDENTED AND UNCONSTITUTIONAL IMPEACHMENT

PRESIDENT TRUMP: “This impeachment represents an unprecedented and unconstitutional abuse of power by Democrat Lawmakers, unequaled in nearly two and a half centuries of American legislative history. The Articles of Impeachment introduced by the House Judiciary Committee are not recognizable under any standard of Constitutional theory, interpretation, or jurisprudence.”

PRESIDENT TRUMP: “By proceeding with your invalid impeachment, you are violating your oaths of office, you are breaking your allegiance to the Constitution, and you are declaring open war on American Democracy. “

PRESIDENT TRUMP: “You dare to invoke the Founding Fathers in pursuit of this election-nullification scheme—yet your spiteful actions display unfettered contempt for America’s founding and your egregious conduct threatens to destroy that which our Founders pledged their very lives to build.”

PRESIDENT TRUMP: “Any member of Congress who votes in support of impeachment—against every shred of truth, fact, evidence, and legal principle—is showing how deeply they revile the voters and how truly they detest America’s Constitutional order. Our Founders feared the tribalization of partisan politics, and you are bringing their worst fears to life.”

PRESIDENT TRUMP: “This is nothing more than an illegal, partisan attempted coup that will, based on recent sentiment, badly fail at the voting booth.”

PRESIDENT TRUMP: “Everyone, you included, knows what is really happening. Your chosen candidate lost the election in 2016, in an Electoral College landslide (306-227), and you and your party have never recovered from this defeat. You have developed a full-fledged case of what many in the media call Trump Derangement Syndrome and sadly, you will never get over it! You are unwilling and unable to accept the verdict issued at the ballot box during the great Election of 2016. So you have spent three straight years attempting to overturn the will of the American people and nullify their votes. You view democracy as your enemy!”

DELIVERING RESULTS FOR THE AMERICAN PEOPLE

PRESIDENT TRUMP: “There is far too much that needs to be done to improve the lives of our citizens. It is time for you and the highly partisan Democrats in Congress to immediately cease this impeachment fantasy and get back to work for the American People.”

PRESIDENT TRUMP: “Your first claim, ‘Abuse of Power,’ is a completely disingenuous, meritless, and baseless invention of your imagination.”

PRESIDENT TRUMP: “Every time I talk with a foreign leader, I put America’s interests first, just as I did with President Zelensky.”

PRESIDENT TRUMP: “You know that I had a totally innocent conversation with the President of Ukraine. I then had a second conversation that has been misquoted, mischaracterized, and fraudulently misrepresented. Fortunately, there was a transcript of the conversation taken, and you know from the transcript (which was immediately made available) that the paragraph in question was perfect.”

PRESIDENT TRUMP: “You are turning a policy disagreement between two branches of government into an impeachable offense—it is no more legitimate than the Executive Branch charging members of Congress with crimes for the lawful exercise of legislative power.”

PRESIDENT TRUMP: “The second claim, so-called ‘Obstruction of Congress,’ is preposterous and dangerous. House Democrats are trying to impeach the duly elected President of the United States for asserting Constitutionally based privileges that have been asserted on a bipartisan basis by administrations of both political parties throughout our Nation’s history. Under that standard, every American president would have been impeached many times over.”

PRESIDENT TRUMP: “As liberal law professor Jonathan Turley warned when addressing Congressional Democrats: ‘I can’t emphasize this enough…if you impeach a president, if you make a high crime and misdemeanor out of going to the courts, it is an abuse of power. It’s your abuse of power. You’re doing precisely what you’re criticizing the President for doing.’”

ON THE RUSSIA HOAX

PRESIDENT TRUMP: “After three years of unfair and unwarranted investigations, 45 million dollars spent, 18 angry Democrat prosecutors, the entire force of the FBI, headed by leadership now proven to be totally incompetent and corrupt, you have found NOTHING! Few people in high position could have endured or passed this test. You do not know, nor do you care, the great damage and hurt you have inflicted upon wonderful and loving members of my family. You conducted a fake investigation upon the democratically elected President of the United States, and you are doing it yet again.”