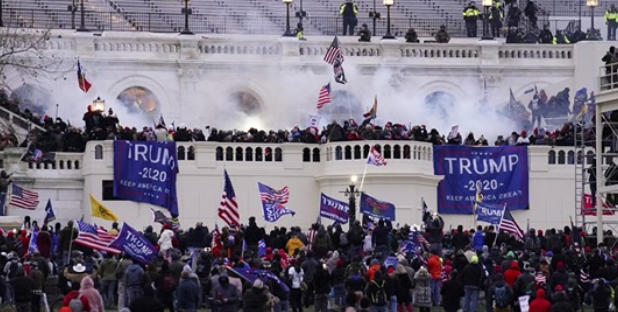 Supporters of former President Donald Trump are building his impeachment trial into a battle for the soul of the Republican Party and the first shots in the 2024 White House race.

His legal team outlined its strategy on Wednesday, arguing it is unconstitutional for the Senate to convict a former president and that his speech at a Jan. 6 rally in Washington did not directly cause the deadly assault on the United States Capitol later that day.

But it also left open the possibility of revisiting Trump’s unfounded claims that he won the November election.

The possibility of the Senate trial to feature, at least in part, the Trump legal team repeating its client’s unproven stolen election claims leaves one section of his allies hoping the former president seizes an opportunity to use the proceedings to defend his political movement and begin preparing for a return to power.

John Fredericks, a conservative radio host and confidant of “America First” strategist Steve Bannon, said Democrats were motivated by political considerations and that Trump should mount a political defense based on election fraud, not a “namby-pamby” legalistic play.

“Democrats are doing this for one reason: destroy President Trump, destroy his ability to lead the movement, to run again in the future, to discredit his movement’s followers, and shame them into silence,” he said. “The defense of unconstitutionality or the First Amendment doesn’t cut it.”

Democratic impeachment managers outlined their case on Tuesday morning, saying Trump aimed his supporters “like a loaded cannon” at the Capitol and accusing him of inciting an insurrection.