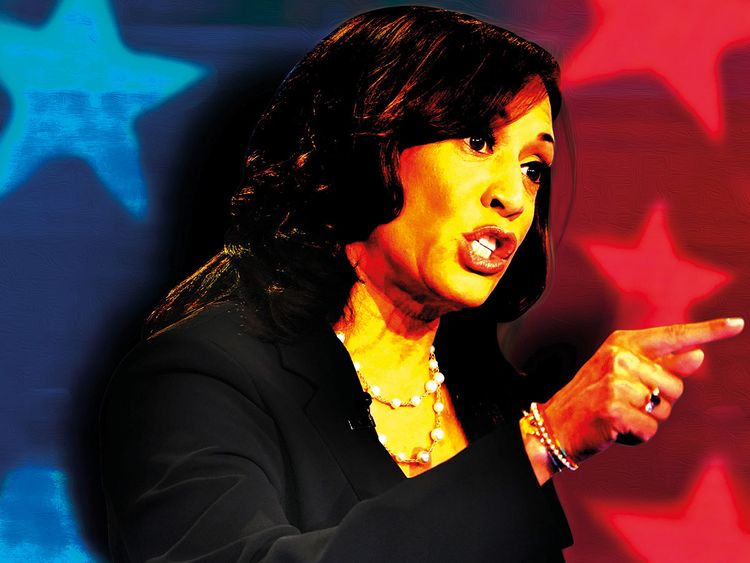 It’s Harris — and We’re Not Surprised By Corey Lewandowski

After months of speculation and uninformed opinions from every network, Joe Biden (or his handlers) selected Sen. Kamala Harris (D-Calif.) as his running mate for the 2020 presidential election. While many in the media discussed what a tough choice this must have been for the former vice president, few were quick to comment on what was far more likely the case: she was chosen the day she dropped out of the Democratic primaries.

The Democratic National Committee (DNC) knows it has a problem on its hands. The soul of the party belongs to the Bernie-AOC wing of democratic socialism and relinquished freedom, as voiced by Sen. Bernie Sanders (I-Vt.) and Congresswoman Alexandria Ocasio-Cortez (D-N.Y.). That, whether the party likes it or not, is where the energy is.

Marxists Are Us At DNC

However, DNC chairman Tom Perez and the party’s powerbrokers know that the largest swath of persuadable voters belong to a group that would like to retain the luxury of shopping at their local grocery stores without waiting in bread lines. This group, which dwarfs the party’s modern-day Red Guards, is far more likely to see someone like Joe Biden as a friendly reminder of the neoliberal ages of Bill Clinton and Barack Obama. For the sake of the election, that’s the image the DNC has to keep — the friendly, middle-class elder statesman who wouldn’t even think about defunding the police or outlawing private health insurance.

But how is the DNC leadership to satisfy their base without pushing away those more middle-of-the-road voters desperately needed in the Midwest and around the country?

First, they need someone on the ticket who they can trust. It is a very delicate balance they are trying to maintain, and any step out of line could prove disastrous for the false image they hope to project. I’ve heard plenty of qualms from DNC establishment figures about Sanders, but never a complaint about Harris.

Second, they need someone who can play to the new religion of the progressive left: identity politics. Since the Biden campaign committed publicly to choosing a woman of color for the ticket, the virtue-signaling had to be followed through. And it’s possible they believe her Indian American-African American heritage will be some boon for the ticket that serves a far more practical purpose than ideas ever could.

Third, they need someone whose past can sow enough doubt about her being too extreme in either direction in order to play to the middle. That sounds confusing, but here’s how it best can be explained: If you ask a progressive about Kamala Harris’s time as a prosecutor in California, you’ll probably get Rep. Tulsi Gabbard’s (D-Hawaii) answer about Harris’s record of putting people in jail for marijuana violations and blocking evidence that would have freed a man from death row. She played to the worst aspects of the already bad criminal justice system, serving effectively as a tough-on-crime cop. But in terms of the election, that can be forgiven for now — their hatred of Donald Trump outweighs her imperfect past.

However, if you present someone right of Marx with the information about her record as a prosecutor, it creates an image that maybe Harris isn’t really with the defund-the-police crowd and that she won’t really advocate for rioting and looting in major cities — after all, just look at her record.

For each group of voters needed, she serves an adequate ticket-building purpose. It’s a worthwhile image, if they can keep it.

Lastly, I’ll leave it to Chris Cillizza at CNN to explain the biggest reason Harris was preordained for the VP slot: “What Biden did is make the pick that maximized his chances of continuing to make the race a straight referendum on Trump while also selecting someone, in Harris, whose resume suggests she will be ready to step in, if and when Biden decides to step aside.”

Everyone believes that Biden, if elected, is stepping down sooner rather than later. Whether that’s on Jan. 21, 2021, or shortly after, the DNC needs someone they can trust to fill the slot.

So, really, all this means is that the election is set: President Trump or President Harris. It’s no longer an undefined Democrat against a defined Trump — the election has become real. In just over 80 days, America will make that choice. And even in a year like 2020, that might be the most monumental choice yet.

Corey R. Lewandowski is President Trump’s former campaign manager and a senior adviser to the Trump-Pence 2020 campaign. He is a senior adviser to the Great America Committee, Vice President Mike Pence‘s political action committee. He is co-author with David Bossie of the new book, “Trump’s Enemies,” and of “Let Trump Be Trump: The Inside Story of His Rise to the Presidency.” Follow him on Twitter @CLewandowski_.