The CCP Virus and Their U.S. Corporate Useful Idiots 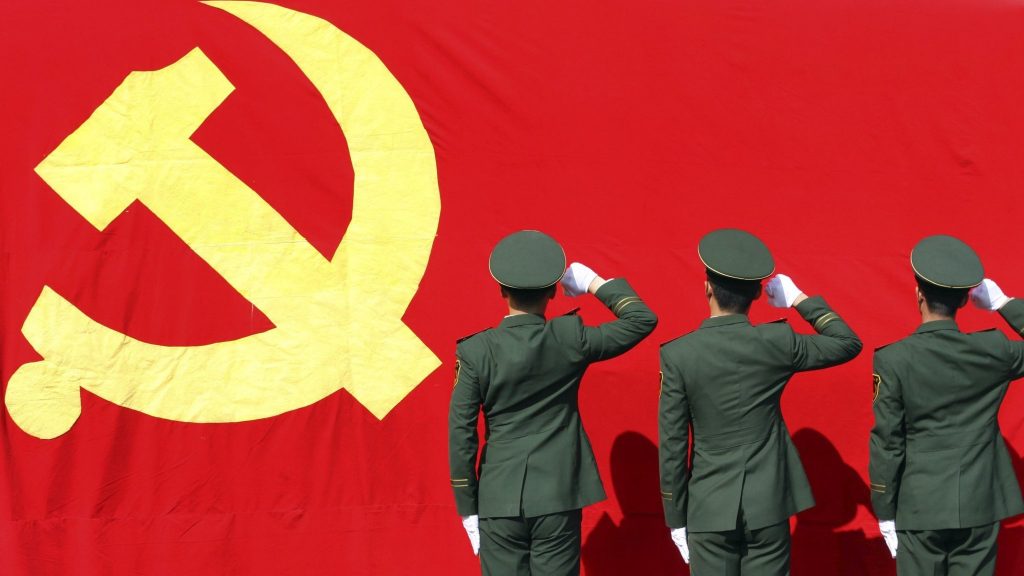 The CCP Virus and Their U.S. Corporate Useful Idiots

By Curtis Ellis and John Fredericks

In 2008 It Was Big Banks Who Benefited At The Direct Expense Of U.S. Workers…In 2020 It’s Big Business Who Will Exploit the Pandemic To Destroy Main Street

These writers and others who for decades railed against outsourcing industries to the People’s Republic of China were long dismissed as crackpots and Luddites. Now many of those who were doing the dismissing have been forced to admit the true cost of cheap goods is very high.

They maintained in their Ivy League smugness that share-holder value was king, that free and open trade was good for us and the free movement of peoples among nations was the key to world prosperity.

They mocked national sovereignty and told us our six pack of Pabst Blue Ribbon beer would be five cents cheaper – if China made the aluminum cans.

These same gangster-banksters on Wall Street-led by multi-millionaire Goldman Sachs private jet and caviar senior executives who raped the country in the 2008 crisis by stealing the TARP bailout money-are now telling us “big corporate” knows best.

Just like when they told us if China joined the WTO they would eventually morph into a free an open democratic society.

Now their gig is finally up. Thanks to the CCP.

The Chinese Communist Party virus has exposed many of our nation’s infirmities.

The most glaring is our dependence on Communist China for medicine, medical equipment, and so many other essential goods.

But that is by no means the only problem the pandemic has exposed. The consolidation of property and industries into fewer and fewer hands is another…and it looms bigger than the pandemic itself.

The New York Times details how corporate consolidation in the medical device industry contributed to the shortage of ventilators our nation is now experiencing.

Over a dozen years ago, in the wake of SARS, MERS, and other deadly outbreaks, the federal government saw a need to stockpile ventilators in case of a future emergency.

It contracted with a small California firm, Newport Medical Devices, that had an innovative design it could produce for $3,000 per machine—significantly less expensive than the $10,000-$20,000 price tag commonly quoted.

A good move by federal government buyers who strove to both save taxpayer dollars and get the right product should the need arise.

But then something happened and everything changed.

“The medical device industry was undergoing rapid consolidation, with one company after another merging with or acquiring other makers,” the Times reports. “Manufacturers wanted to pitch themselves as one-stop shops for hospitals, which were getting bigger, and that meant offering a broader suite of products. In May 2012, Covidien, a large medical device manufacturer, agreed to buy Newport for just over $100 million.”

Covidien, a publicly traded corporation with $12 billion in sales, bought five other medical device companies that year alone. It was playing mergers and acquisitions if not “Monopoly.”

Here’s the rub: Covidien was already selling more expensive ventilators. It didn’t consider developing a low-cost machine to be a priority.

In fact, the Newport Medical machines were a direct threat to their eye-popping margins. So they systematically eliminated them.

Project managers were re-assigned and Covidien told the government it wanted out of the contract.

“Government officials and executives at rival ventilator companies said they suspected that Covidien had acquired Newport to prevent it from building a cheaper product that would undermine Covidien’s profits from it’s existing ventilator business,” the Times story notes.

No kidding? Just like the $3 trillion in repatriation money that was supposed to come soaring back into the U.S. economy to build factories and create jobs, right? Instead, it went to stock buy backs and senior executive bonus compensation.

It doesn’t end there. In 2015 Medtronic, an even larger medical device company, bought Covidien for $50 billion (can you say “consolidation”?) as part of a corporate inversion scheme so Medtronic could register in Ireland and avoid paying U.S. taxes.

Medtronic, one of the four largest ventilator manufacturers in America today—along with Phillips, GE Healthcare, and Allied Healthcare—has been slow to increase the production of its higher-priced ventilators, choosing to guard it’s existing supply chain relationships.

Public shaming compelled Medtronic finally to announce it would release the blueprints and specs for the low-cost machine Newport (now part of Medtronic) developed at U.S. taxpayer expense.

The nation’s productive capacity and know-how have come under the ownership of fewer and fewer giant corporations.

These corporations try to squeeze every penny from production by eliminating R&D and outsourcing production to the lowest cost cheap-labor camps on Earth, even those ruled by communist dictators.

Unfortunately, the pandemic-inspired shutdown of the economy only threatens to further corporate consolidation in our economy.

The Death of Main Street And Millions of Jobs

A report from Indiana provides an example of how this will play out, even if it is an unintended consequence of shutting down much of the nation’s commerce.

Book stores, toy stores, and other retailers deemed “nonessential” are complaining that Dollar General—a low-cost chain offering food among many other items—remains open and is still selling toys, books, and other items they are barred from selling.

In response to the complaints, county officials ordered Dollar General to rope off the aisles where “non-essential” merchandise is displayed.

And how about Amazon? Amazon still sells clothes, toys and everything else, much of it from China. None of the money spent on Amazon finds its way into the pockets of American owners and employees of brick-and-mortar shops lining Main St. America that were forced to close.

While small businesses are ordered to shut down, their giant corporate competitors remain open.

This is how the multi-trillion dollar economic relief package is also a stimulus bill for Jeff Bezos, Walmart, and China.

The virus has also revealed another weakness of 21st century America: rule by a cult of experts with an unshakeable faith in mathematical models.

These are the people whose economic models told us trade with China would make us all richer and happier.

Now they place their faith in yet another infallible model, one they tell us will save us from death itself—a Savior Machine.
Its answer is law. Dare to question it and you are condemned as an enemy of the state, complete with a 1-800-neighborhood rat line.

Woody Guthrie said some men will rob you with a six-gun and some with a fountain pen.

Today he would wonder if computer models aren’t the equivalent of those fountain pens.