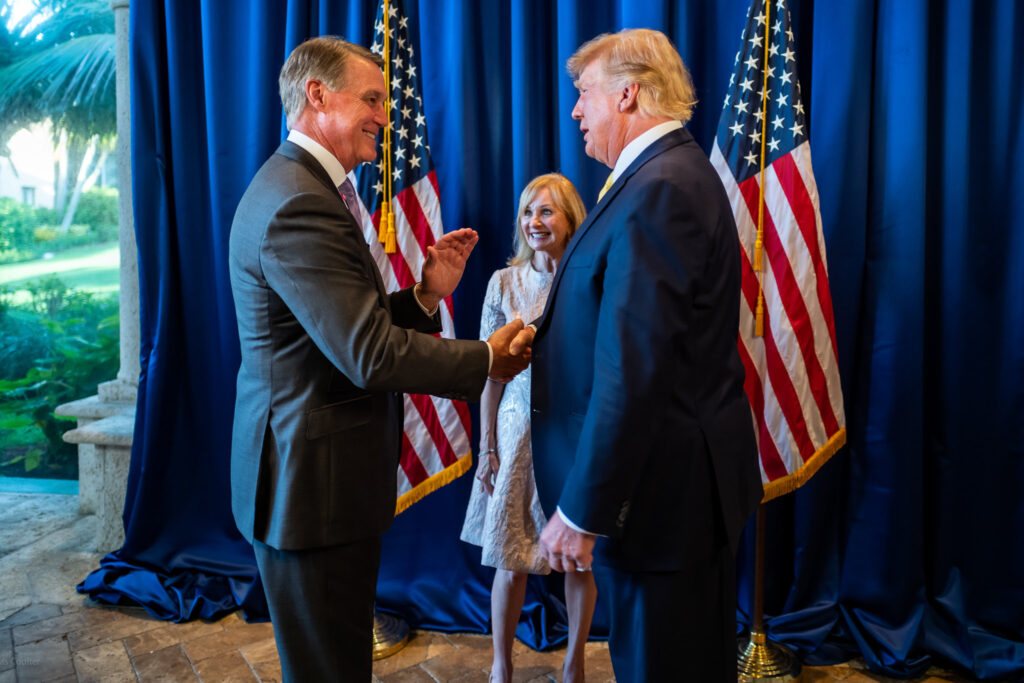 Former Trump strategist Steve Bannon is warning Donald Trump that his preferred candidates risk losing key primary battles to ‘Never Trumpers’ if he does not pour millions of dollars into their campaigns.

Holding rallies and sending out emailed endorsements is not enough, he said, if it does not come with staff and cash for advertising.

His comments reflect a growing concern among Trump world insiders that the former president’s grip on the Republican Party is growing weaker ahead of November’s midterms.

And Bannon highlighted the race for governor in Georgia, where Trump’s pick David Perdue is trailing incumbent Brian Kemp by double digits.

John Fredericks in the News:

Closing that gap in 50 days, he said, meant a big ground game and a ‘bombardment’ of TV advertising.

He adds his voice to other insiders who say that Trump is surrounded by hangers-on, all pushing to get endorsements for their preferred candidates – without a well-thought-out battle plan.

‘You have to have a plan when you endorse, that they have to win,’ said Bannon.