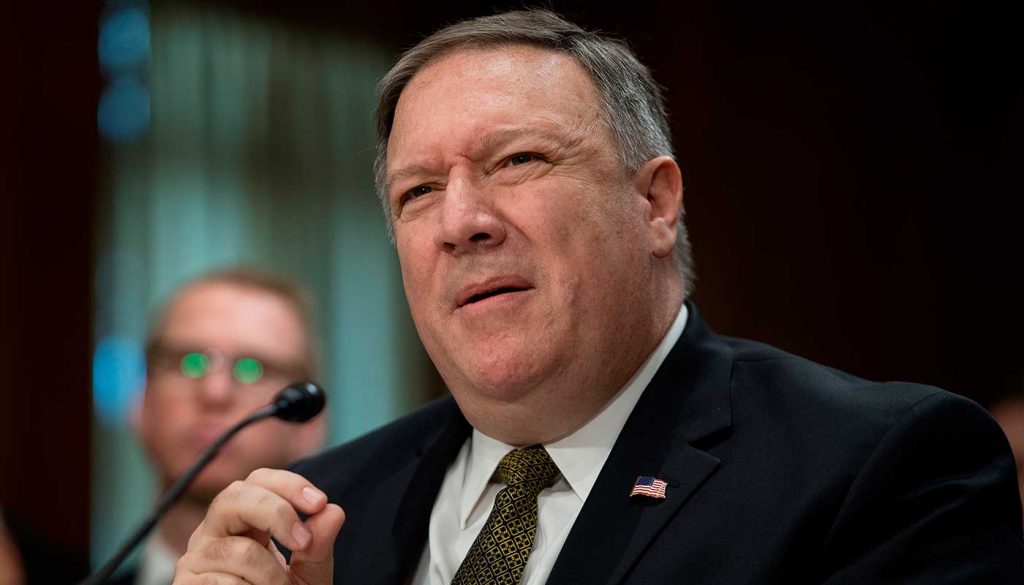 SECRETARY POMPEO: “The President had an entirely legal, appropriate, and a basis – as well as a decision that fit perfectly within our strategy and how to counter the threat of malign activity from Iran more broadly.”

SECRETARY POMPEO: “We know what happened at the end of last year in December, ultimately leading to the death of an American. So, if you’re looking for imminence, you need to look no further than the days that led up to the strike that was taken against Soleimani. And then you, in addition to that, have what we could clearly see were continuing efforts on behalf of this terrorist to build out a network of campaign activities that were going to lead potentially to the death of many more Americans. It’s the right decision. We got it right.”

ON RESPONDING TO IRANIAN AGGRESSION–

SECRETARY POMPEO: “I think the President’s been unambiguous in his — both his remarks he made down in Florida, as well as the Tweets he’s put out, about the seriousness in which we take this. The risk attendant that we are deeply aware of and the preparations we’ve made to prevent those risks, as well as our determination that in the event the Iranians make another bad choice that the President will respond in the way he did last week, which was decisive, serious, and a message to Iran about the constraints that we are going to place on that regime so that it doesn’t continue to put American lives at risk.”

SECRETARY POMPEO: “I said on Sunday, I will reiterate it again. Every target that’s being reviewed, every effort that’s being made, will always be conducted inside the international laws of war. I’ve seen it, I’ve worked on this project, and I’m very confident of that.”

ON THE PRESIDENT’S IRAN STRATEGY

SECRETARY POMPEO: “Our Iran policy’s about protecting and defending the homeland and securing American lives. I know that the efforts that we have taken, not only last week with the strike against Soleimani, but the strategy that we have employed has saved American lives.”

SECRETARY POMPEO: “The previous administration made a different choice. They chose to underwrite and appease. We have chosen to confront and to contain. Those are different strategies. We believe ours is successful and we ultimately believe it will be successful in making Iran behave like a normal nation.”

SECRETARY POMPEO: “President Trump could not be more clear: on our watch Iran will not get a nuclear weapon. And as we came into office, Iran was on a pathway that had been provided by the nuclear deal which clearly gave them the opportunity to have those nuclear weapons. We won’t let that happen.”

SECRETARY POMPEO: “We have put Iran in a place that it’s never been before, where they’ve had to make some very difficult choices. Choices about how to pay for and underwrite their proxy malicious around the region; whether and how to build out their missile program — this is a flip from where we were eight years before.”