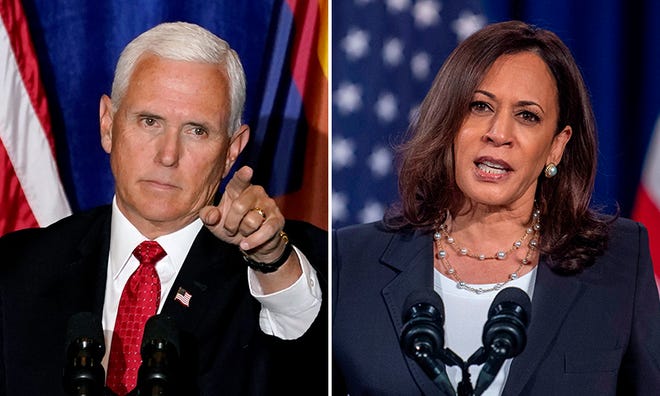 Vice President Mike Pence destroyed the radical Joe Biden-Kamala Harris ticket last night in an outstanding performance that exposed the phony duo for the Leftists they are.

Pence spoke about the Trump Administration’s historic response to the coronavirus and how Joe Biden opposed the life-saving China travel restrictions, which saved millions of American lives.

The Vice President then exposed how the Biden-Harris coronavirus plan is actually just completely plagiarized from what the Trump Administration is already doing. Pence hammered Harris and Biden for spreading extremely dangerous anti-vaxxer rhetoric, putting millions of American lives at risk, calling it “unconscionable.”

No Tax Cut For You

Harris, rated as the most liberal legislator in the U.S. Senate, openly bragged that on day one, a Biden-Harris administration will repeal the Trump tax cuts – that’s a massive tax hike on middle-class families.

Pence told the truth about how Biden-Harris would abolish fossil fuels, end fracking, and impose a regime of climate change regulations that would dramatically change the cost of living for working families. In another segment of the debate, Trump’s V.P. shredded Joe Biden’s record of allowing communist China to hollow out American manufacturing and kill millions of good-paying American jobs.

On the flip side, Harris had no answers for why she was one of only ten U.S senators to vote against the USMCA replacing the nightmare NAFTA. Then she waffled on court-packing and was completely unwilling to tell the American people whether or not she and Biden support packing the Supreme Court.

Pence also skewered his opponent on her support of tax-payer funded abortion–right up to the moment of birth and ripped Harris’ record of disproportionately locking up Black Americans while she was District Attorney in San Francisco.

Vice President @Mike_Pence: The movement of Americans behind President @realDonaldTrump has only grown stronger in the last 4 years#VPDebate pic.twitter.com/X6Vpicpn7v

Trump Campaign statement on unilateral decision of the Commission of Presidential Debates:

“President Trump won the first debate despite a terrible and biased moderator in Chris Wallace, and everybody knows it. For the swamp creatures at the Presidential Debate Commission to now rush to Joe Biden’s defense by unilaterally canceling an in-person debate is pathetic. That’s not what debates are about or how they’re done. Here are the facts: President Trump will have posted multiple negative tests prior to the debate, so there is no need for this unilateral declaration. The safety of all involved can easily be achieved without canceling a chance for voters to see both candidates go head to head. We’ll pass on this sad excuse to bail out Joe Biden and do a rally instead.”  – Bill Stepien, Trump 2020 Campaign Manager