Lin Wood: The Day of Reckoning in Georgia Is Coming

Attorney Lin Wood stated that the investigations into election fraud would clear the path for President Donald Trump to be inaugurated in January.

In an interview with The John Fredericks Show, Wood shared details of his Sunday night court victory. Initially, the court impounded all Dominion machines throughout Georgia. The court has since changed its order to reflect that only three counties would have their machines impounded.

“Dominion originated in Venezuela. It’s a Canadian company. Its servers were used in Barcelona and in Frankfurt. There’s no question that there will be overwhelming evidence that foreign countries, including China, were involved in interfering with our elections.”

Wood stated that President Donald Trump knows what he is doing in these legal battles against the current election results. He claimed that Georgia Governor Brian Kemp, Secretary of State Brad Raffensperger, and members of the media were involved in conspiring to interfere with the election results.

Wood added that Raffensperger’s involvement was the reason that he hasn’t been open to a forensic investigation of the machines.

“He who has nothing to hide hides nothing. The secretary of state is taking every action he can through lawyers to try to prevent an inspection of these machines. He has something to hide.”

The attorney asserted that a slew of Republicans and government officials were involved as well, though he didn’t name any other individuals.

According to Wood, his experts will analyze the hard drives of the Dominion voting machines. He claimed that some of the fraud involved the machines being rigged to apply an algorithm weighting Democratic candidate Joe Biden’s votes heavier than President Donald Trump’s.

Included within Wood’s affidavits is a testimony from a purported former aid of Hugo Chavez. The filing stated that the individual witnessed how Chavez created and operated voting systems that would manipulate the election in his favor.

Voting machines from Cobb County, Gwinnett County, and Cherokee County won’t be erased until they undergo an independent, forensic investigation. The secretary of state’s office has until Wednesday at 5 pm EST to file a brief and supporting evidence countering the judge’s order.

Listen to the full interview and please share this with anyone you know who wants the truth about what went down in Georgia.

A rogue revolt of key Georgia state senators within the Government Oversight Committee will convene Thursday to review vote fraud allegations. They bypassed their leadership and forced a hearing.

In its press release, the committee stated that they found it “appropriate” to review the standing election processes and guidance, “to ensure the integrity of Georgia’s voting process.”

In an interview with The Georgia Star News, Senator Bruce Thompson (R-GA-White) shared that a group of conservative senators pushed for this meeting to convene based on evidence they’ve received following the election.

Thompson added that a full investigation was necessary to discover whether the evidence indicated widespread voter fraud.

“Well, when you have smoke, there’s fire – and you don’t know for sure until you investigate. [This meeting] lets us look at the evidence versus hearsay or rumors, and we can find out if there’s a widespread event,” he said. “I believe there’s a contingency out there that believes this is widespread.”

Thompson affirmed that this meeting will review this past general election to inform any necessary further action for the upcoming runoff election. He added that the Senate race is especially important because of how the outcome will shape the nation.

“You lose these two seats and you alter American history forever,” he said.

The committee will meet at the State Capitol on Thursday at 10 a.m. EST. Those interested in viewing the meeting may tune into the live stream.

This is must-listen radio if you really want to know what Georgia Trump voters think. It’s a classic wake up call to all GOP elected officials. Listen here. 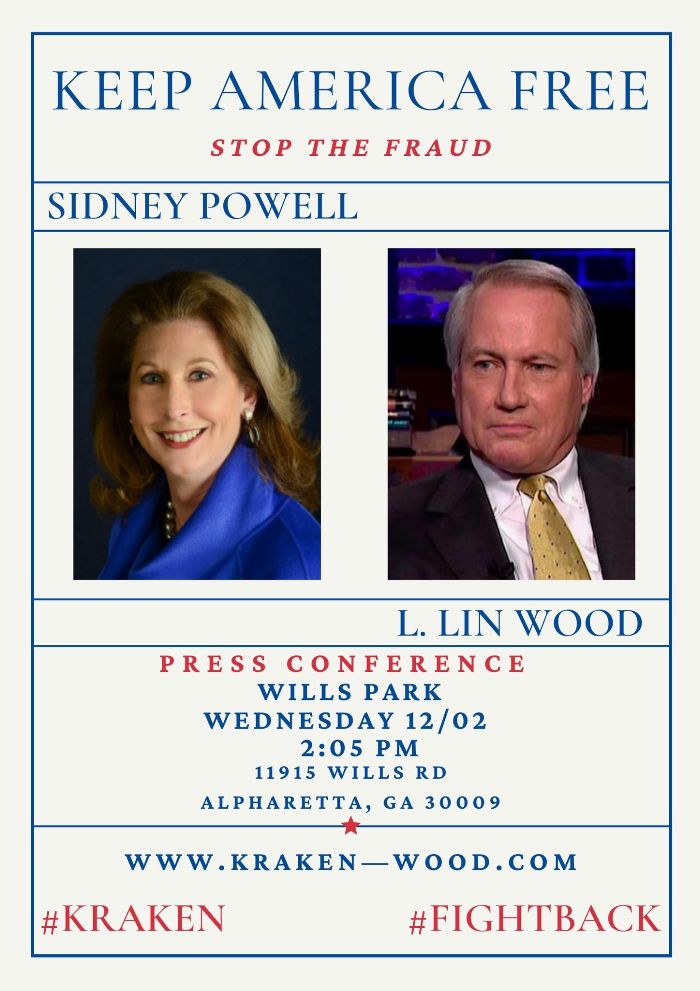