BIDEN’S TALES FROM THE CRYPT: JOSEPH’S FABLES: Joe Biden Lied About Being Arrested While Trying to Visit Nelson Mandela

Joe Biden’s record of plagiarism and dishonesty goes back decades. Not even being secluded in his basement can help Joe tell the truth.

Earlier this year, Joe Biden repeatedly regaled voters with a tale about himself being arrested 30 years ago in South Africa while trying to see Nelson Mandela. The lie was detailed and deliberate. “I had the great honor of being arrested with our U.N. ambassador on the streets of Soweto trying to get to see [Mandela] on Robbens Island,” Biden said. He even went so far as to claim that he’d been thanked by Mandela for getting arrested.

There was only one problem: it never happened!  Biden fabricated the entire event. The ambassador who Biden mentioned in his claims said it never happened. Wow. Finally, Biden had to admit he made it up. “I guess I wasn’t arrested,” he told CNN. Seriously, Joe?  Of course, the lying fake news let him off the hook — with a laugh! Similarly, Biden had to admit last year that an emotional, vivid story he liked to tell on the campaign trail about pinning a medal on a war hero was also made up.

Biden’s record of plagiarism and dishonesty goes back decades.  Biden once said he was “shot at” in Iraq – that was false. He falsely claimed he confronted Slobodan Milosevic. He told a voter he was a coal miner – that was false too. He claimed he marched in the civil rights movement – nope, that didn’t happen either.

To downplay his coronavirus tall tales, the media said Biden sometimes has a “fuzzy concept of time” – but these deceptions can’t simply be brushed aside as memory problems. Biden’s still the same guy who misrepresented his law school grades and college degrees.

He’s been making stuff up ever since.

The ad uses audio from television broadcasts to hammer the point that police would be unable to respond to emergency calls and contribute to already-rising crime rates in Democrat-controlled cities. The spot is being rolled into the campaign’s existing ad buy, both nationally and in key states.

Tune into The John Fredericks Show tomorrow from 6-10 AM. CLICK HERE to listen live or go to johnfredericksradio.com and click LISTEN LIVE – plus your calls all morning at 888-480-JOHN (5646).  Tweet @jfradioshow and hashtag #GodzillaOfTruth – complete show line-up here! 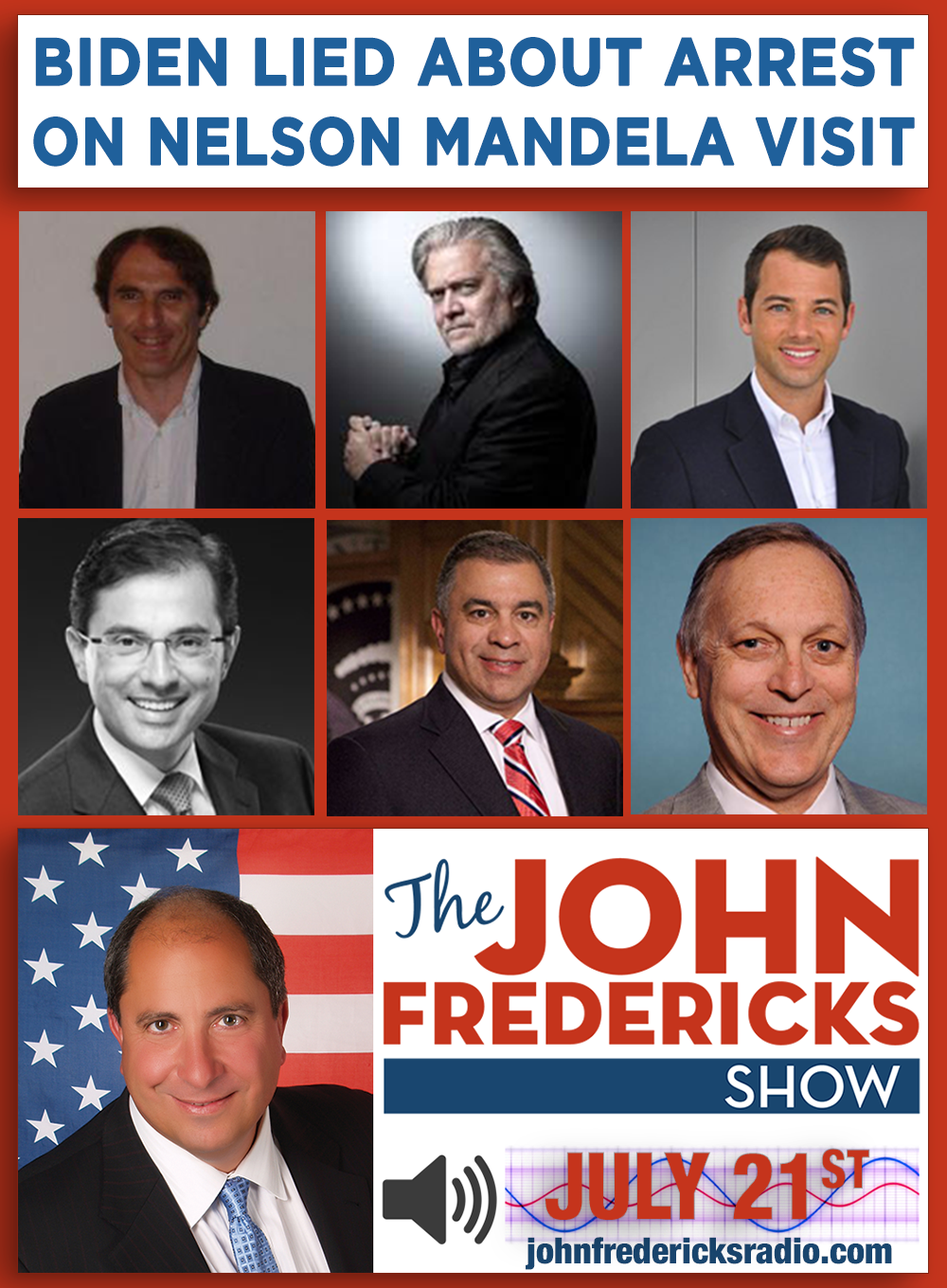