Iowa Caucuses, the Blob, and the Democratic Party Cartel 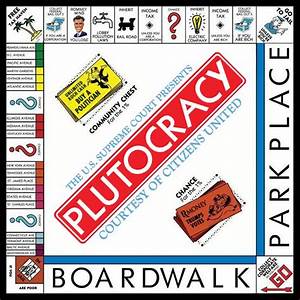 Last night the Iowa Democratic Party had a technical malfunction based on a voting app malfunction, which led them to be unable to count votes for the first in the nation caucus. The root cause of the Iowa fiasco is a nonprofit corporation called ACRONYM, which owns the technology company Shadow, Inc.

It’s always been a bit of a puzzle for me to define just what the Democratic Party is. There are no formal membership dues, and registration varies by state. Candidates can sometimes run for the party nomination without being a member. And that leaves out the actual mechanisms of governance, the think tanks, banks, corporations, and law firms in which the various policy experts work as a sort of shadow government.

One of the better books on the Democratic Party comes from a former Joe Biden staffer, Jeff Connaughton, who coined the term “the blob” to denote the network of lawyers, lobbyists, Congressional staffers, foreign policy experts, podcasters, media figures and pollsters who comprise the groupthink of the Democrats. These people know each other, marry each other, take vacations together, book each other on shows, hire each other, and work together on policies and campaigns. It’s not a conspiracy, it’s a community.

But that community, if it becomes immune from external pressure, can become dangerous. And that’s what happened in Iowa.

There were two parts to the fiasco. The first was the narrow community in Iowa.

The Iowa caucuses are for most of us an experiment in democracy, but for key actors in Iowa the caucuses are a business. Take former Iowa Governor and Obama Ag Secretary Tom Vilsack, whose endorsement was highly sought after. Vilsack is now a highly paid dairy lobbyist. Vilsack is well known, but then there are behind the scenes men like Jerry Crawford.

A lawyer with white hair mowed like a golf-course fairway, Crawford is something of a kingmaker back home in Des Moines. He has shepherded every Democratic presidential nominee in the most important caucus state going back to 1980 — every nominee except for one, that is. Crawford, 65, still blames himself for Clinton’s 2008 third-place finish in the Hawkeye State, from which her campaign never really recovered. He vows that 2016 will be his year to make it right for her. “I’m trying to make amends,” he said.

Crawford was a lobbyist for Monsanto and Exxon. The Democratic Party is riddled with minor ward bosses like Crawford, especially in early states like Iowa, New Hampshire, and South Carolina. It’s not a criticism to observe that these communities have leaders. But of the insularity of the political class has enabled institutional actors within the Democratic Party in Iowa to become fused with corporate power through informal and formal financial and social relationships.

As corporations get more and more concentrated, these relationships eventually wear down the competence of a political apparatus. The night before the caucus, the Iowa Democratic Party head said, “These are probably the most prepared we’ve ever been as a party for these caucuses. We’ve run through a few different scenarios, but I can tell you, we’re ready.”

Everything about this situation screams bad management, and bad management is one consequence of extreme deference to power. It’s impossible to assess real problems if you can’t offer real criticism, and you can’t offer real criticism if the person in charge of some vital process is the kid of a donor or a friend of a powerful person in a cartel. (A less noticed example of this dynamic took place yesterday, when two key leaders of the Democratic Convention host committee, one of whom is the child of a major donor, were sidelined after allegations of a toxic work environment.)

What ends up happening in increasingly insular communities like the one running the Democrats is the emperor’s new clothes scenario.

Just as Iowa’s a cartel, so too are many of the Democratic institutions in D.C. and Silicon Valley that supply the underlying campaign infrastructure. One useful example of this cartel was when an arm of Congressional Democrats, the Democratic Congressional Campaign Committee (DCCC) created a blacklist of political operatives for those who sought to aid anyone challenging an incumbent Democrat. This move was straightforward economic coercion against those who make their living working on political campaigns, often for populist primary challengers.

Then there’s the technical infrastructure, which has to do with databases of voters, tools for elections, and ad buying firms. That’s where we get to Acronym, which owns the app maker Shadow.

Acronym is an an organizing vehicle for a $75 million digital spending campaign for large Democratic donors against Trump. Basically the pitch from Acronym was, ‘we need to be high tech to beat Trump,’ which means collecting money from rich people and unions and buying YouTube and Facebook ads with it.

The function of the nonprofit is simple, it’s an ad buying firm full of ex-Facebook employees. See for instance the following:

PROFESSIONAL NEWS ALERT: I recently took a new role as ACRONYM’s Chief Scientist. I’m thrilled to join the amazing team that @taraemcg put together & to once again work with @jimmyeatcarbs, @TatendaCheryl, & other FB veterans.

The key validator for Acronym is board member David Plouffe, the former campaign manager for Barack Obama. Plouffe is also the head of policy and advocacy for the Chan Zuckerberg Initiative. Plouffe unlocks the trust of the entire Democratic operative class, meaning that Acronym’s technology is being used not just by the Iowa Democrats, but by Nevada Democrats, and a host of campaigns, unions, and nonprofits.

In this moment in history, the network of institutions that comprise the Democratic Party, from cable news channels to law firms to campaign operative networks to Silicon Valley lobbying outposts like Facebook and Google, are hollow and obviously incompetent.

Back in January of 2019, the leader of Acronym, Tara McGowan, proudly discussed Acronym’s technology firm, Shadow, which made the Iowa caucus-breaking app. Bizarrely, McGowan is now denying any affiliation with Shadow, claiming Acronym is just an investor. And Plouffe went on MSNBC, disclaiming any knowledge or responsibility, saying he was merely a volunteer for Acronym instead of an obviously important validator.

The result of this rank incompetence and dishonesty is a rebellion in the Democratic Party, much as the same dynamic in the Bush administration created the predicate for the Trump movement. The most important symbol is Bernie Sanders, but you can see the bitterness across the cartel in other places, such as the reaction to Alexandra Ocasio-Cortez when she entered Congress.

Some lawmakers bristled in particular at her willingness to openly criticize other Democrats. “I’m sure Ms. Cortez means well, but there’s almost an outstanding rule: Don’t attack your own people,” said Rep. Emanuel Cleaver II (D-Mo.).

Another subtle put-down — nicely encapsulating what voters hate about Washington — came from Nydia M. Velázquez (D-N.Y.): “Washington is a political animal where a lot of the work that you want to accomplish depends on relationships within the Democratic Caucus.”

Calls for party unity might seem to be oriented around ensuring Democrats can most effectively attack President Trump. The truth is they more often serve to protect powerful financial interests. This becomes obvious when you look into the record of the man whom Ocasio-Cortez defeated in the primary, Joseph Crowley, who portrayed himself as progressive and a good Democrat while taking money from Goldman Sachs, Facebook, Google, BlackRock and a surfeit of other well-heeled interests.

Crowley was such an effective channel for political money that, had he not lost his primary, he was on track to become speaker of the House. What’s more, Democrats like Crowley shape the culture on the Hill by operating as quasi-human resources outfits, offering and vetting staff for new members — staff who likewise bend to moneyed interests. After Crowley lost, he fittingly became one of the biggest prospective hires for lobbying outfits.

There are a range of gatekeeping devices within Democratic politics; Acronym’s device is relationships with donors and validators, aka the blob, and it is highly aligned with Mark Zuckerberg and the network of monopolists and financiers organizing our politics. On CNN or MSNBC, you’ll often hear silly debates about who is best set up to win elections, which is just cheap content against which these corporations can sell ads.

But occasionally there will be a flash of anger about some institutional party mechanism like the DCCC or Iowa caucus rules. This conflict over the machinery of the party may sound like boring insider-y stuff, but it’s one area, and not an unimportant one, in how the fight over concentrated financial power situates itself within the Democratic Party.

Thanks for reading. And if you liked this essay, you can sign up here for more issues of BIG, a newsletter on how to restore fair commerce, innovation and democracy. If you want to really understand the secret history of monopoly power, read my book, Goliath: The 100-Year War Between Monopoly Power and Democracy.