ICYMI: “President Trump Shreds Witch Hunts, Says ‘they Have Found Nothing’ After Years of Examining ‘Millions’ of Documents”

President Trump gave an official response on Friday evening to the “corrupt” officials that continue to unrelentingly investigate him.

Following the news that Biden’s Attorney General Merrick Garland appointed a special counsel to head the probe into the supposedly “classified” documents Trump kept at Mar-a-Lago, the 45th president gave remarks to a crowd gathered for an AFPI event at his Palm Beach home.

“These people are corrupt, yet they go after innocent people under the guise of legitimacy,” he said.

Trump, who announced his 2024 candidacy on Tuesday, pointed out that he has complied with requests to hand over “millions” of documents and personal information for years, yet the individuals perpetuating the investigations have been unable to come up with anything incriminating.

“Over the years, I’ve given millions and millions of pages of documents, tax returns, and everything else. And they have found nothing,” said the 2024 presidential hopeful.

TRUMP: “These people are corrupt, yet they go after innocent people under the guise of legitimacy. Over the years, I’ve given millions and millions of pages of documents, tax returns, and everything else.

And they have found nothing.” pic.twitter.com/qjOU5SSCOK

Read the full article by Grace Saldana from RSB Network.

And since his account was taken down on January 8, 2021, his tweets from that week were the last messages he posted on Twitter before the left silenced him.

And look at what popped up!

President Trump called for protesters to remain peaceful and to stay peaceful. 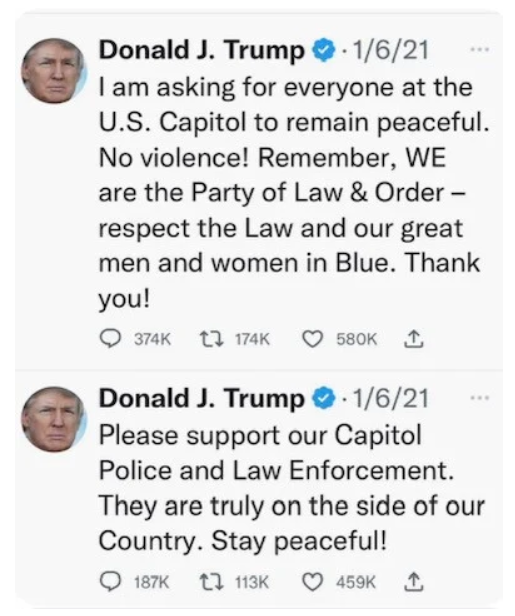 Trump even asked the protesters to “support Capitol police” after they fired gas cannisters, rubber bullets, and mace at the crowds without warning.

The Biden regime is currently running a special counsel on Trump for leading an insurrection. All of the evidence they have is manipulated, incomplete, or outright lies.

Let’s pray the real perpetrators are someday caught and punished for planning and instigating the attacks on January 6th.

Read the full article by Joe Hoft with the Gateway Pundit. 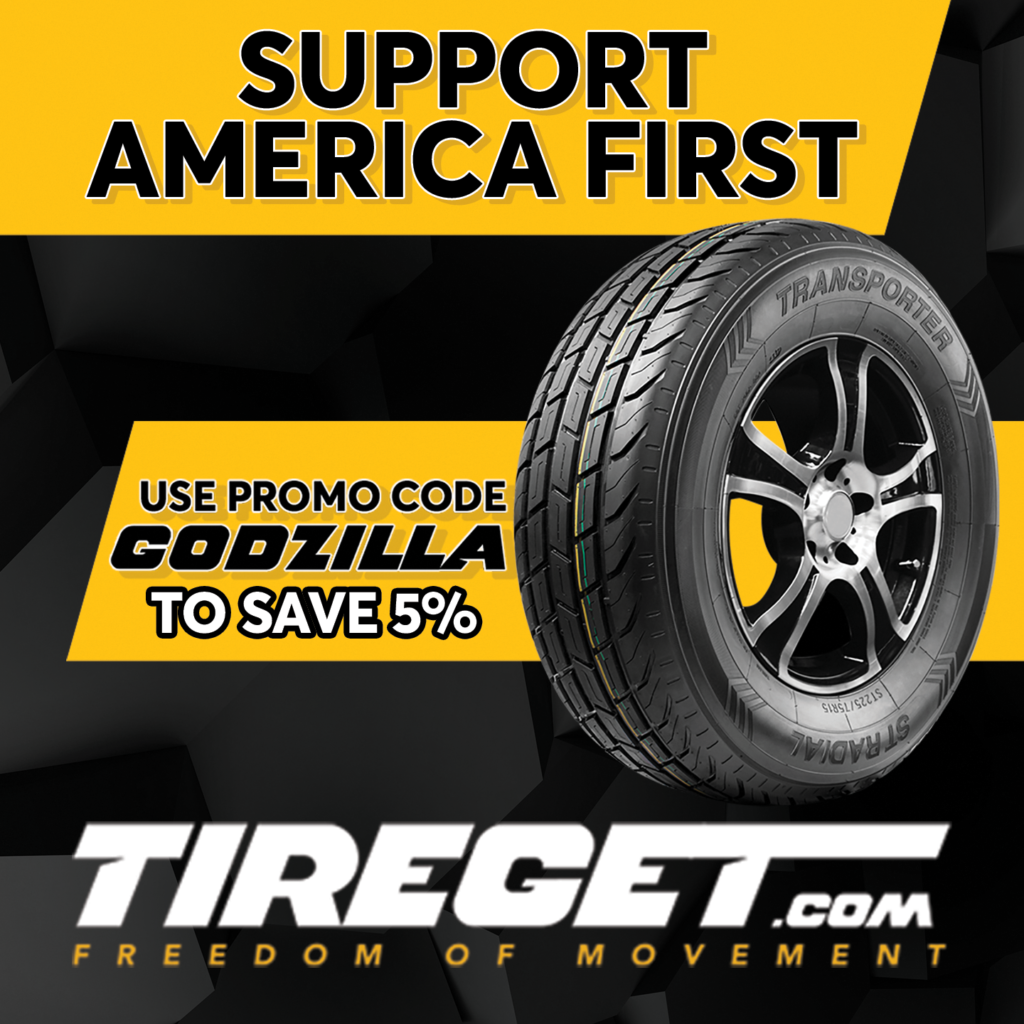