Trump Nation News August 5, 2020
Presidential Debates Demonstrate Who Has What It Takes
By Corey Lewandowski

Washington, D.C.–August 5, 2020 — Just two months after apologizing to the world for allowing Sen. Tom Cotton to publish his opinions, the New York Times ran an opinion piece with a bold idea for American presidential campaigns, now and forever: “Let’s Scrap the Presidential Debates.” Although it may sound like a last-ditch attempt to leave presumed Democratic presidential nominee Joe Biden the luxury of hiding in his basement until Election Day, the author doesn’t venture to make those claims at all.

Actually, by using some of the more iconic moments from past campaigns, the article comes to a not-so-unreasonable point: Presidential debates have always been more about combat than conversation. No one remembers the intricacies of policy details after a debate, but the best one-liners of the night remain front-page news for days on end.

After all, the column’s author claims, the “debates have never made sense as a test for presidential leadership.”

But what if they do?

The 2020s started off with a global pandemic, an economic crisis, and an increasingly dangerous and aggressive China threatening the globe. Every leader of the United States will need to be able to perform at levels pushing the limits of the absolute best. Whoever takes the oath of office in 2021 will need to adjust and respond to changing situations at critical moments, whether it be negotiating new trade agreements or reacting to geopolitical threats.

The job requires not just brains but endurance and conviction – a deadly combination for any civilian, and an absolute necessity for a president at this pivotal time.

And these debates, for all their failures as discussions of policy, offer a chance to see how each candidate fares under pressure. In this era of global uncertainty, depriving the voters of that information would be worse than hiding the candidates’ policy proposals.

Like it or not, the mental acuity of the candidates is a tangible issue in this and every election. Even in more stable times, it would be tantamount to election interference if the American people were not permitted to see both candidates perform in an unscripted, challenging environment. If a debate stage proves too much for Biden to handle, how can anyone trust him to respond adequately to territorial grabs in the South China Sea or state surveillance through Chinese apps on American phones? Would he even see there’s a threat?

Reading through policy proposals and listening to rehearsed, teleprompter-led speeches does not help the common voter answer these questions – but debates do. In the end, the debates can serve as an instrument of truth, perhaps the most important truth of the 2020 election: America could not be facing a starker choice at a more pivotal time.

There’s no reason to withhold such critical information from voters. For the party that has been screaming about voter suppression and election interference unendingly, it seems rather ironic that some Democrats now would rather engage in avoiding the means to see candidate Biden perform under pressure than in supporting openness and information. But no one ever said honesty was worth anything in Washington.

It’s in the interest of the American people to see how each of the candidates vying for the presidency react under pressure, in real time. In 2020, the debates have nothing to do with one-liners or newspaper headlines. They’re about one thing – perhaps the most important: Having what it takes to do the job.

Corey R. Lewandowski is President Trump’s former campaign manager and a senior adviser to the Trump-Pence 2020 campaign. He is a senior adviser to the Great America Committee, Vice President Mike Pence’s political action committee. He is co-author with David Bossie of the book, “Trump’s Enemies,” and of “Let Trump Be Trump: The Inside Story of His Rise to the Presidency.” Follow him on Twitter @CLewandowski_

CLICK HERE to listen live to The John Fredericks Show between 6-10 AM or visit johnfredericksradio.com and click LISTEN LIVE – Call in to the show at 888-480-JOHN (5646). 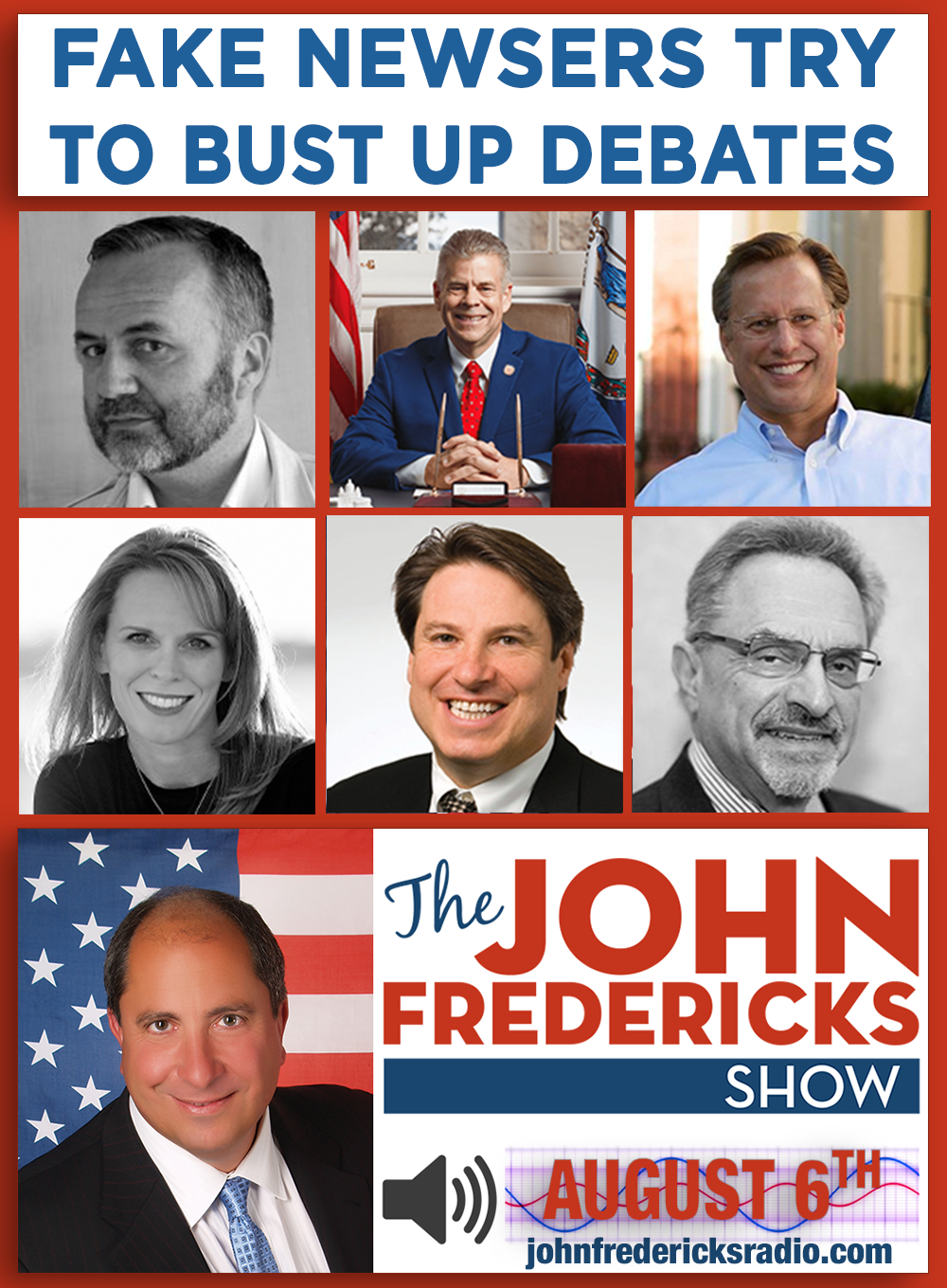