The cost of key goods skyrocketed and real wages have been negative for 21 months. President Trump will fix America’s ailing economy. He did it before and he can do it again. During the Trump administration, middle-class family income soared while unemployment fell to its lowest level in a half-century.

Some key findings from the latest Consumer Price Index data from December 2021-December 2022:

Mar-a-Lago, FL – In response to the stunning revelations from the “Twitter Files,” President Donald J. Trump released a new video calling for an immediate investigation into the disturbing relationship between Big Tech platforms and government agencies, including the coordination of a massive censorship, surveillance, and propaganda campaign against the American people.

“The ‘Twitter Files’ prove that we urgently need my plan to dismantle the illegal censorship regime — a regime like nobody’s ever seen in the history of our country or most other countries for that matter,” President Trump said.

PRESIDENT DONALD J. TRUMP: The now-famous “Twitter Files” have proven beyond all doubt that the corrupt officials at the FBI have been coordinating a massive censorship, surveillance, and propaganda campaign against the American People, and frankly against me.

In the most recent and notorious example, the FBI worked to stop the truth from being told about the Biden Family’s criminality —they worked so hard to stop it from coming out — and the corruption prior to the 2020 election. They didn’t want any bad information to come out about the Biden family. The fix was in, the election was rigged.

But the censorship of the Laptop from Hell is only the beginning of the story about the weaponization of government against free speech. We must have free speech in our country. We must have a fair and free press. As recent reporting shows, the FBI and other rogue agencies have been systematically colluding with former national security officials placed in high positions at Twitter, and very likely other companies, to advance their censorship regime, which is really in this case to steal an election.

This anti-American effort, and a very illegal effort at that, has been working to silence dissenting opinions on COVID and crucial issues on public health and on the election, and elections in the future. They suppressed doctors and health experts who dared to question approved public health narratives. They censored voices who criticized school closures, lockdowns, and mandates. And they even banned people simply for stating proven scientific facts. And anything bad about China, they didn’t want out. But anything bad about Biden and the Biden Crime Family — and that’s what it was, just look at the Laptop from Hell — they didn’t want that coming out under any circumstances. What they wanted coming out was anything bad about your favorite president, me. Anything bad about Trump, put it out, even if it’s not true.

The “Twitter Files” prove that we urgently need my plan to dismantle the illegal censorship regime — a regime like nobody’s ever seen in the history of our country or most other countries for that matter. To prosecute the perpetrators for their crimes, and to restore free speech for all Americans — so important. We need a free press, we need free speech, we need fair elections, and we need borders.

The new Congress should immediately hold hearings to investigate the role of the FBI and other federal agencies in censoring lawful speech. Congressional leaders should promptly issue subpoenas in furtherance of this goal.

The revelations also highlight why my proposal to end the revolving door between the Deep State — and there is a Deep State indeed. I wasn’t a believer, but everybody’s a believer right now — and the tech tyrants is so important. There must be a 7-year cooling off period before any employee of these powerful agencies is allowed to take a job at a major platform. 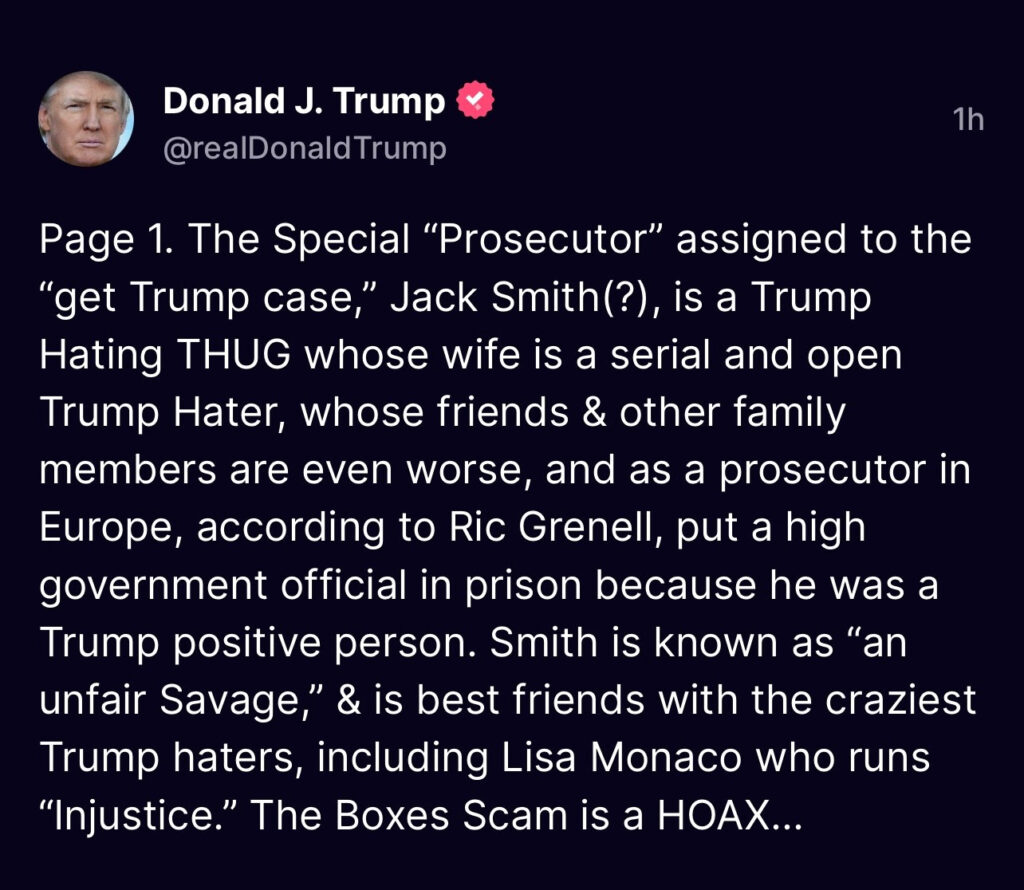 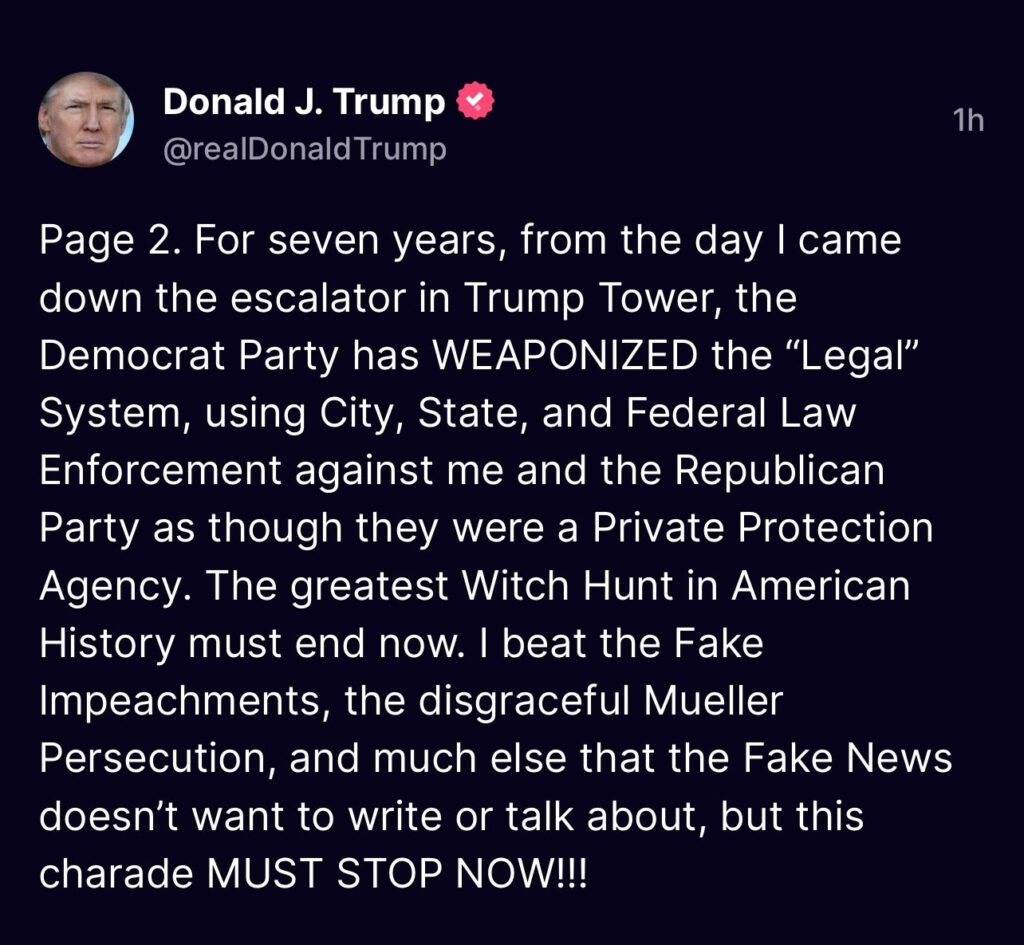 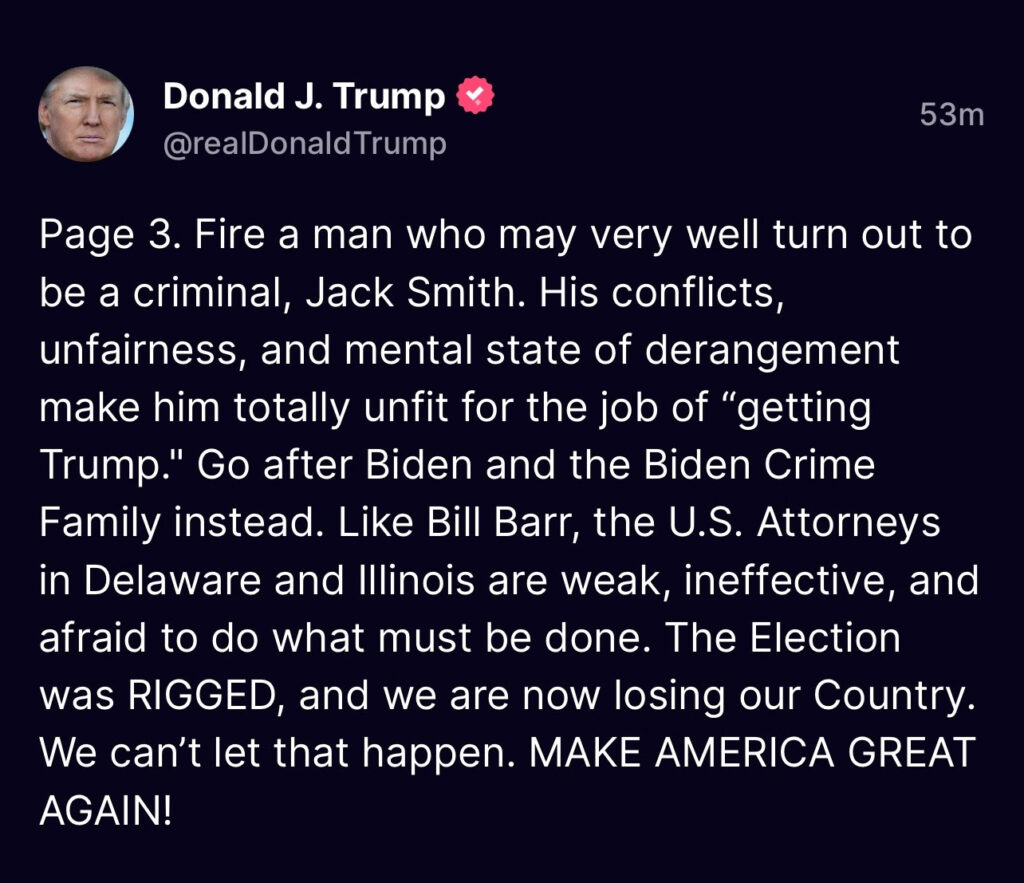