Dems Have Nothing: No Evidence, No Sense, No Crimes, No Case 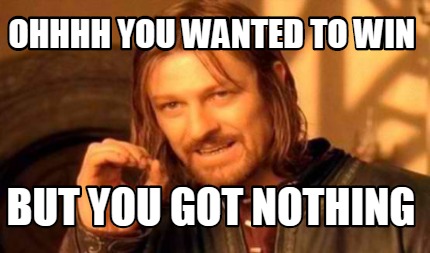 Jerry Nadler cited the “smoking gun tape” from the Nixon impeachment in his arguments today, explaining how important direct evidence is for an impeachment case. LMAO!!

NADLER: “The House Judiciary Committee approved articles of impeachment in July 1974. Those articles passed with bipartisan support – although most Republicans stood by President Nixon. Then the smoking tape came out. Within a week, almost everyone who supported the President a week before changed his position and the President was forced to resign because of what was revealed on the smoking gun tape.”

What Nadler failed to mention is that House Democrats have completely failed to produce any evidence that the President did anything wrong.

·         In both the Nixon and Clinton impeachments there was direct evidence – a recording and a blue dress – not just hearsay and conjecture.

o   Calls for new witnesses and evidence by House Democrats, after their investigation is supposed to be over, is just another fishing expedition to find a “smoking gun” that doesn’t exist.

·         Now, House Democrats have not produced any evidence of the President doing anything wrong whatsoever.

o   The only thing any witness has testified the President told them was that there was to be no quid pro quo.

o   House Democrats have entirely depended on literal games of telephone as “evidence” while ignoring direct statements by witnesses.