CARY, North Carolina–It must be nice to have friends in high places. Hunter Biden is spending the week on vacation with “the Big Guy.” We wonder if they’ll discuss Hunter’s influence-peddling scheme and the mountain of evidence indicating that Joe Biden not only knew about it but was involved.

Hunter is not the only one Democrats think is above the law. Democrats are covering for dangerous criminals, pro-abortion extremists terrorizing pregnancy centers, and more than 800,000 illegal immigrants who have escaped into the U.S. since Biden took office.

In fact, here is the IRS new recruiting ad: 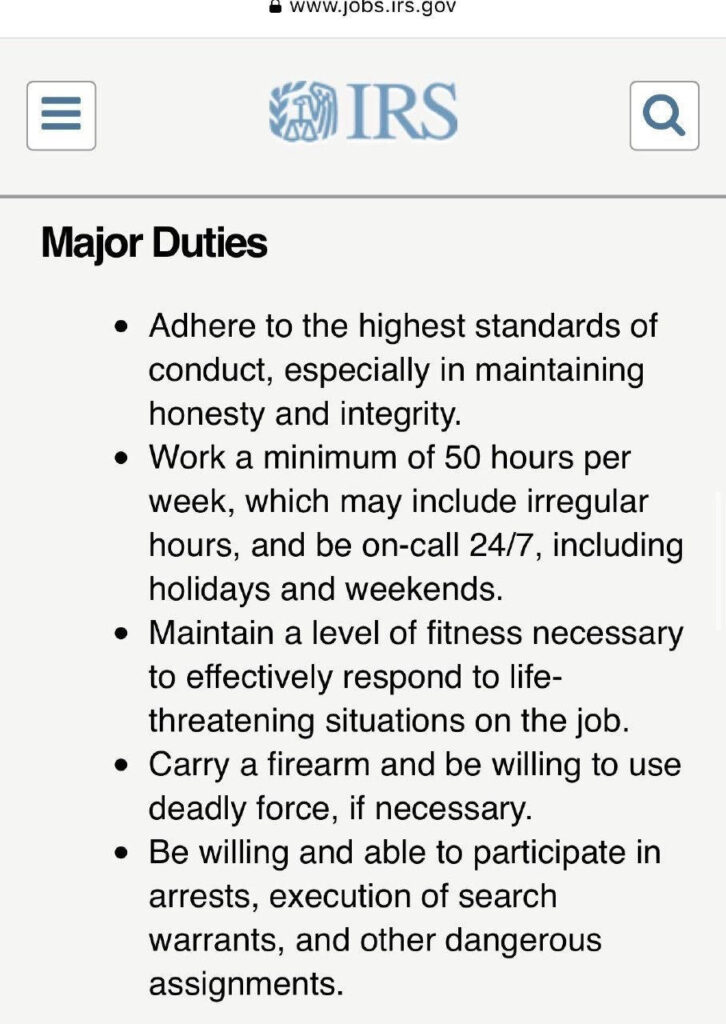 Not exactly recruiting accounting majors at college campuses. No, they’ll be hiring Marxist activists from Antifa and every other Leftist radical outfit they can find. $150k with benefits is a great Marxist gig, just to harass hard-working Americans. Pays better than the professional protest jobs of the past. Plus they get guns.

Of course, the DEMS want to take away YOUR guns, while they stockpile the IRS with weapons and ammo.

Had enough? Join your local Republican Party and become a precinct captain NOW.

That’s the warped Democrat definition of “equal justice under law.” “Misplaced” is far too weak a word for these “priorities.” “Dangerous” is a more accurate descriptor. Americans will remember it in November. #CrushThem

The federal magistrate judge who authorized this week’s FBI raid on Donald Trump’s home and office in Florida six weeks earlier recused himself from the former president’s lawsuit against Hillary Clinton and other Democrats in the Russia collusion scandal, citing concerns he couldn’t be impartial.

But not this time.

U.S. Magistrate Judge Bruce W. Reinhart in West Palm Beach, Fla., who was appointed in 2018, filed the recusal document on June 22, a few weeks after presiding over the start of the civil litigation. Reinhart signed the search warrant authorizing the Mar-a-Lago search on Aug. 5, court records show.

“The undersigned Magistrate Judge, to whom the above-styled cause has been assigned, hereby recuses himself and refers the case to the Clerk of Court for reassignment pursuant to 28 U.S.C. § 455,” Reinhart wrote in his order of recusal in the Trump v. Clinton case.

The statute that the magistrate cited for his recusal states in part that a judge “shall disqualify himself in any proceeding in which his impartiality might reasonably be questioned” and then describes the various circumstances that could trigger such concerns.

They include “a personal bias or prejudice concerning a party or personal knowledge of disputed evidentiary facts” or prior work as a lawyer for a party involved in the case.

Reinhart’s order did not specify the conflict or source of his concern for recusal.

Trump’s lawsuit accuses Clinton, Democrat allies, and current and former government officials of engaging in a racketeering conspiracy to falsely portray Trump as colluding with Russia during the 2016 election. The sweeping nature of the suit involves numerous parties and public figures.

The recusal filing emerges as numerous media reports have surfaced about the magistrate’s prior work, including donations before he was judge to President Barack Obama and Jeb Bush and work for figures associated with the late sex offender Jeffrey Epstein.

Attorney General Letitia James openly campaigned on the policy of “Get and Destroy Trump.” This political attack on me, my family, and my great company is her despicable attempt to fulfill that cynical and very corrupt promise. James developed a political platform and made a career out of maliciously attacking me and my business before she was even elected, or reviewed one of the millions of pages of documents we willingly produced. She proclaimed, “I look forward to going into the Office of Attorney General every day, suing him. . . and then going home!” She announced, “what is fueling my soul right now is Trump”, and that she had her “eyes on Trump Tower.” She even assured her supporters in an Election promise that, “we’re going to definitely sue him. We’re going to be a real pain in the ass. He’s going to know my name personally”, and she claimed I was an “illegitimate President”. In her AG victory speech, she promised to “shine a bright light into every dark corner of Trump’s real estate holdings.” Shortly thereafter, she vowed to “use every area of the law to investigate President Trump and his business transactions, and that of his family as well.”

Letitia James is a failed politician who has intentionally colluded with others to carry out this phony years-long crusade that has wasted countless taxpayer dollars, all in an effort to prop up her political career. During her heated “Trump” rhetoric, she ran for Governor of New York State, using “Getting Trump” as her primary credential. It didn’t work, she got very low poll numbers, and ran back into the Office of Attorney General to continue the persecution of “President Donald J. Trump”, despite the fact that New York is suffering its worst murder, drug, and overall crime rate in many decades. Criminals are running rampant, shooting, slashing, and hurting people on the sidewalks of New York, while she and her Office spend a big percentage of their time and money on their “Trump” vendetta.

Letitia James openly stated her hostilities toward me and a kind of retribution that is unthinkable. Years of work and tens of millions of dollars have been spent on this long-simmering saga and to no avail. James now realizes I built a great company with tremendous value, and her case is a “Scam”, which is why for years, they haven’t been able to file a single charge.

What Letitia James has tried to do over the last three years is a disgrace to the legal system, an affront to New York State taxpayers, and a violation of the solemn rights and protections afforded by the United States Constitution.

I did nothing wrong, which is why, after five years of looking, the Federal, State, and local governments, together with the Fake News Media, have found nothing.

We cannot permit a renegade and out-of-control prosecutor to use this investigation as a means of advancing her political career. New York deserves better, and this Country deserves better. This is a vindictive and self-serving fishing expedition, the likes of which our Country has never seen before. The United States Constitution exists for this very purpose, and I will utilize it to the fullest extent to defend myself against this malicious attack by this administration, this Attorney General’s Office, and all other attacks on my family, my business, and our Country.

I once asked, “If you’re innocent, why are you taking the Fifth Amendment?” Now I know the answer to that question. When your family, your company, and all the people in your orbit have become the targets of an unfounded, politically motivated Witch Hunt supported by lawyers, prosecutors, and the Fake News Media, you have no choice. If there was any question in my mind, the raid of my home, Mar-a-Lago, on Monday by the FBI, just two days prior to this deposition, wiped out any uncertainty. I have absolutely no choice because the current Administration and many prosecutors in this Country have lost all moral and ethical bounds of decency.

Accordingly, under the advice of my counsel and for all of the above reasons, I declined to answer the questions under the rights and privileges afforded to every citizen under the United States Constitution. 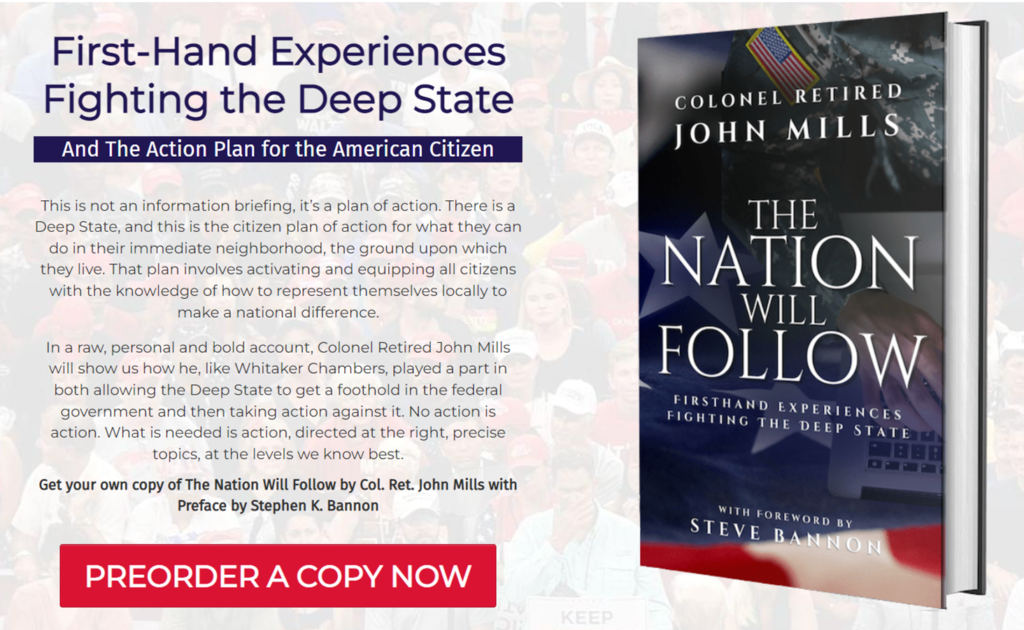