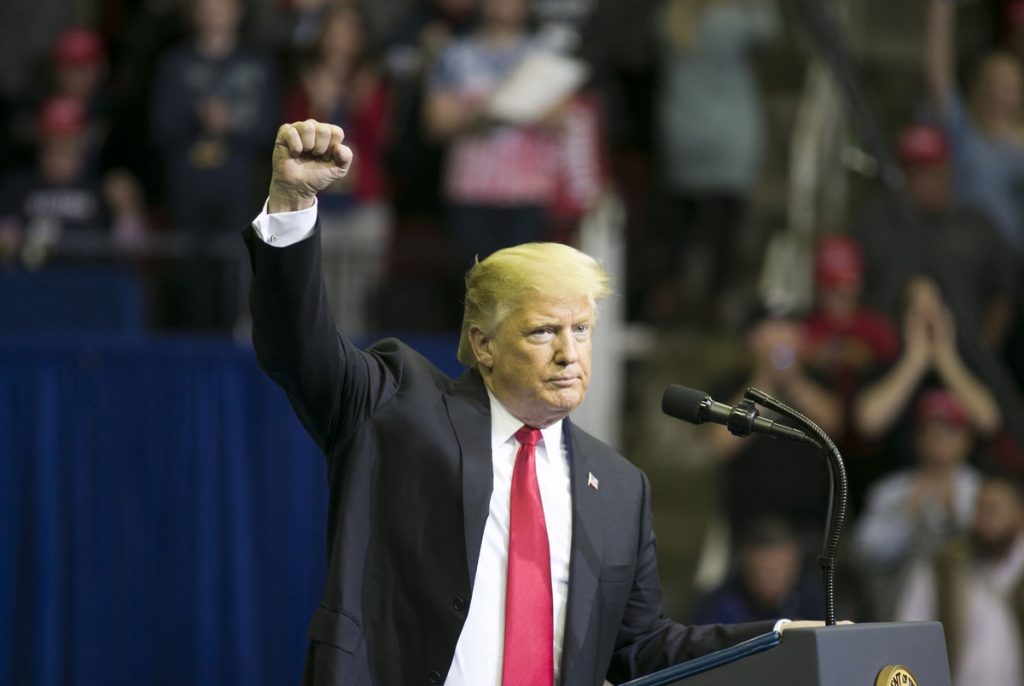 BREAKING: AS IMPEACHMENT MOVES AHEAD TRUMP SURGES IN BATTLEGROUND STATES…

As the race currently stands, President Trump is in the lead in Michigan, Pennsylvania, and Wisconsin in hypothetical match-ups against former Vice President Joe Biden, Senator Elizabeth Warren, Senator Bernie Sanders, Mayor Pete Buttigieg, and former Mayor Michael Bloomberg. Across the three states, Trump’s closest contest is against Joe Biden, although the president leads by an average of 6 percentage points against each Democrat.

In Michigan, Trump is polling ahead of Biden by five percentage points, Sanders by six points, Warren by nine points, Buttigieg by eleven points, and Bloomberg by eleven points. The president consistently runs behind Democratic contenders aged 18-35 but does well among other age cohorts, especially those aged 55 years or older. For example, in a head-to-head contest of Trump against Bernie Sanders, Michiganders aged 18-35 support Sanders over Trump 58% to 34% but those aged 55+ support the president over Sanders 53% to 37%. In Pennsylvania, Trump continues to do well against the competition with the president leading Biden by four percentage points, Warren by seven points, Sanders by eleven points, Buttigieg by six points, and Bloomberg by four points.  Bloomberg – who performed nearly as well as Vice President Biden in the commonwealth– had his best performance in Pennsylvania, running only four points behind President Trump in the state. There has been a clear downward trajectory in the Vice President’s performance.  As the Democratic primary wages on, Biden has seen a sever drop in the polls. For example, in our March survey, Biden led Trump in Wisconsin by twelve percentage points, in Pennsylvania by seven points, and in Michigan he narrowly to Trump by 0.2 points.  In this month’s survey, we found Trump over Biden by nine points in Wisconsin, by four points in Pennsylvania, and five points in Michigan.

KEY POINT: Although Joe Biden was performing well in head-to-head contests against Trump earlier in the year, the race shows that his lead has disappeared with the president ahead of the former vice president in each of the states.

partisan voters in Pennsylvania slightly support it (46.4% to 40.9%). When asked about whether congressional Democrats should be spending their time impeaching Trump or focusing on policy issues, a majority of these battleground state voters choose “focus on policy issues” (MI: 59.4%; PA: 63%; WI: 67.2%).

On those issues, partisans have different issue priorities. In each state, a plurality of Republicans believe that immigration is the most important political issue facing the United States today (MI: 32.6%; PA: 29.9; WI: 26.8) while a plurality of Democrats in Michigan and Wisconsin believe it is health care (MI: 23.3%; WI: 24.3%) and Democrats in Pennsylvania believe it is climate change (22.5%).