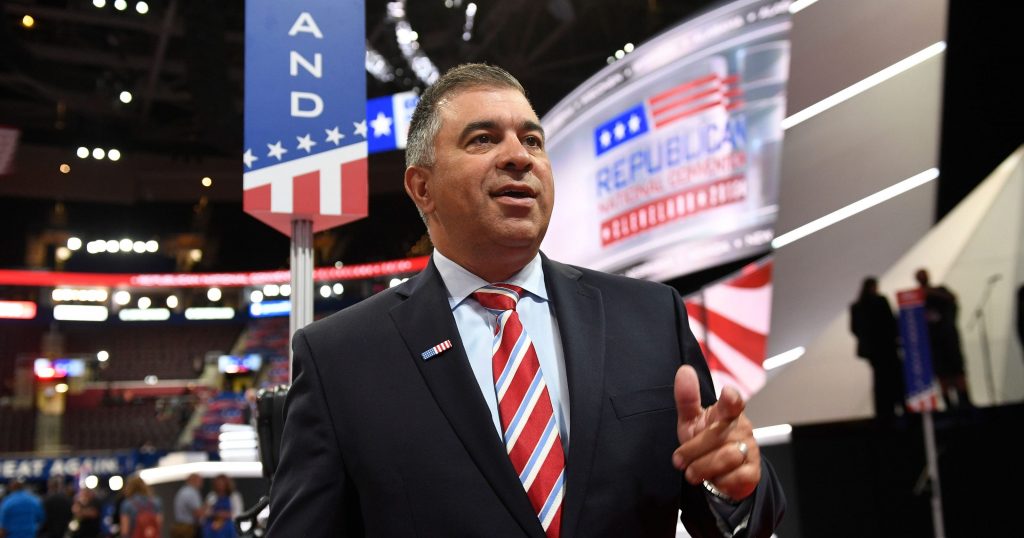 The 2020 Democratic presidential primary contest is a slow-motion train wreck.

After almost a year of campaigning – complete with debates, town halls, hundreds of millions of dollars spent on advertising, and a biased media promoting their out-of-the-mainstream agenda – the crew of far-left Democratic presidential candidates remains stuck in mediocrity, with no one able to break out of the pack.

It’s become abundantly clear why the do-nothing Democrats in Congress – led by House Speaker Nancy Pelosi of California – have been so focused on impeachment hoaxes and never-ending partisan investigations of President Trump. The truth is that they don’t want the public to pay attention to their looming electoral disaster.

The muddled results for Democrats from the Iowa caucuses and the New Hampshire primary earlier this month have only made matters worse. In fact, the situation has gone from bad to horrific.

The winners of the first two Democratic nominating contests are Pete Buttigieg, a 38-year old former mayor of a small Indiana city of 100,000, and Sen. Bernie Sanders, a socialist career politician from Vermont – a state with a population of about 620,000.

Buttigieg and Sanders won by slim and unconvincing margins. The Democratic Party’s earlier supposed front-runner – former Vice President Joe Biden – can barely string together a coherent sentence and has been exposed as a corrupt swamp creature.

The fading campaign of Sen. Elizabeth Warren of Massachusetts is taking on water and sinking fast. Sen. Amy Klobuchar of Minnesota, the surprise third-place finisher in New Hampshire, is a totally unspectacular backbencher.

Due to this incredibly weak field of candidates, establishment Democrats are frantically trying to get their primary voters to give former New York City Mayor Michael Bloomberg a serious look.

Mini Mike – as President Trump has aptly nicknamed him – represents everything the left despises. Bloomberg is a billionaire – 60 times over – who is trying to buy the 2020 election and drown out the voices of everyday Americans.

Bloomberg governed as “Mayor Stop and Frisk” and even voiced support for throwing kids up against the wall to find out if they’re carrying guns.

And in today’s news cycle that’s dominated by stories concerning the #MeToo movement, Bloomberg has garnered his own troubling headlines such as this one from the Washington Post last weekend: “Mike Bloomberg for years has battled women’s allegations of profane, sexist comments.”

Besides this damning reality, on the campaign trail Bloomberg displays all the attributes of a subpar candidate who is better suited for the Upper East Side of Manhattan. He’s a hopelessly out of touch, thoroughly unlikable, small in stature, uninspiring poll-driven phony.

A day doesn’t go by without a story about Bloomberg either insulting some group, such as farmers, or remarking that African-American and Hispanic men “don’t know how to behave in the workplace.”

Bloomberg, who served as mayor of New York City from 2001 to 2013, is currently running for president as a liberal gun-grabbing, job-killing climate change-fighting evangelist.

But not so long ago, the same Mike Bloomberg supported the Iraq War, hosted President George W. Bush and the Republicans for the 2004 national convention at Madison Square Garden, and donated “$950,000 to Republican campaigns and political action committees,” according to The New York Times.

Bloomberg is the consummate political opportunist. Just as he’s using the policies of Ocasio-Cortez to mount a 2020 presidential run as a Democrat, he used the playbook of Rudy Giuliani in order to become elected as the Republican mayor of New York City in 2001 as Giuliani’s successor.

Just as there would be no President George H. W. Bush without Ronald Reagan’s eight years of peace and prosperity in the White House, there would be no Mayor Michael Bloomberg without him embracing Giuliani’s heroic eight-year turnaround of New York City from 1993 to 2001.

The juxtaposition of President Trump with Bloomberg is a dream come true for Republicans. Trump is the ultimate political outsider and genuine article, while Bloomberg is a poll-tested and calculating fake.

Add in the booming Trump economy and historic low unemployment rates across the board and it doesn’t take a genius to understand why the Democratic brain trust is jittery.

These are desperate times for Democratic elites. Their allies in the Trump-hating media are showing it. Should they embrace Bloomberg’s buckets of cash or destroy him as they did Sen. Al Franken, D-Minn.?

Trump Derangement Syndrome causes those afflicted to abandon all principles in exchange for political expediency. So the question is, how low will these leftists sink to find someone to try and stop the candidacy of Sanders the socialist firebrand? Just look at what they were willing to do in the case of disgraced lawyer and convicted felon Michael Avenatti.

If Bloomberg survives his first debate on Wednesday night in Las Vegas, there’s a distinct possibility that five candidates could walk away with at least one primary win on Super Tuesday March 3. With 14 states voting that day, a fractured outcome such as this would throw the Democratic presidential nomination race president into turmoil not seen since the 1968 Democratic National Convention in Chicago.

There’s a real chance no candidate will arrive in Milwaukee for the Democratic National Convention this summer with the number of delegates needed to become the party’s presidential nominee on the first ballot.

If Democrats steal the nomination from Sanders and throw it to Bloomberg on the second ballot – along with his billions and his baggage – how will they convince Sanders supporters to stay on board in the wake of what unfolded in 2016 with Hillary Clinton and the Democrat National Committee colluding against Sanders?

To anyone paying close attention, this is fast becoming an impossible proposition. In fact, it’s much more likely that the legions of Bernie Sanders supporters either stay at home or find a third-party candidate to rally behind.

Stay tuned – things are about to get very interesting.