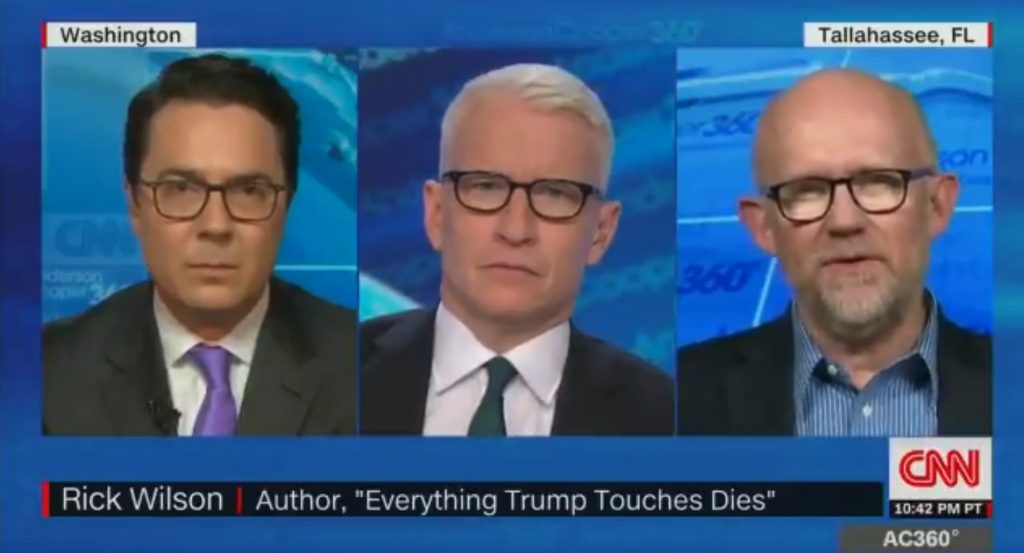 The Pentagon may finally start moving rather than blocking projects such as 5G and USA Rare Earths now that the Defense Department’s No. 3 man is out.
By Curtis Ellis

The Democratic Party media wrings its hands whenever President Trump appoints loyalists to fill key slots in the federal bureaucracy, as if it’s abnormal for a CEO to want trusted deputies to execute his agenda. Yet for too long we have seen swamp monsters and deep state lurkers openly and secretly sabotage the president’s America First agenda.

Now that these self-serving holdovers are being cleared out, Americans can rejoice.

The leviathan of the administrative state finally will be harnessed and start pulling in the direction the voters expected it to go when they elected Donald Trump in 2016.

A case in point: The departure of John Rood, the No. 3 man at the Department of Defense, means the Pentagon will finally get serious about using its budget clout to rebuild America’s domestic manufacturing base.

The Pentagon has a large role to play in rebuilding America’s manufacturing. Our military budget nurtured vital U.S. industries including aerospace, telecommunications, and microcomputers.

“Buy American” provisions ensured the health of basic industries such as steel, shipbuilding, and electronics components. Surplus circuit boards and capacitors built to military specifications (“milspec”) and sold in Menlo Park stores were essential to building the Apple computer prototypes.

But budget cuts, consolidation of defense subcontractors and a corporate mentality inside the Pentagon crippled our domestic manufacturing capacity.

From antibiotics, medical devices, and over-the-counter medicines to auto parts and electronics, China is the leading—and too often the sole—supplier to American consumers and businesses.

And it’s not just American consumers at the mercy of Beijing’s unreliable Communist dictatorship. The American military is, too.

“China makes a host of key inputs for DoD missiles, satellites, and other defense manufacturing programs. Our ability to fight a war with China in some ways hinges on whether Chinese companies are willing to keep selling us ammunition,” Matt Stoller, of the American Economic Liberties Project and author of Goliath: The Hundred Year War Between Monopoly Power and Democracy, recently told Congress.

“According to the Pentagon, we now have sole sources of domestic supply for large numbers of military inputs, from flares to high voltage cable, fittings for ships, valves, key inputs for satellites and missiles, and even material for tents,” Stoller testified.

“Not only do our top military officials have no control over what China does,” he added, “but they have little ability to source domestically. I can assure you, that is not how we won World War II.”

The coronavirus has exposed the fallacy of depending on China for critical materials. With 500 million Chinese under quarantine, that nation’s factories are stalled.

Amazon worries about inventory disruptions, and Wells Fargo bank is warning U.S. stores could run out of products such sponges, print cartridges, and construction paper by mid-April if China’s factories don’t restart in the next few weeks.

President Trump campaigned on a platform to rebuild American manufacturing so we are not dependent on Communist China or other foreign sources for our food, clothing, and manufactured goods. If businesses had heeded his advice, they wouldn’t be in the situation Apple, Amazon, and others now find themselves.

Too many in the federal bureaucracy were indifferent, if not outright hostile, to President Trump’s policy agenda.

One example is 5G. President Trump has taken decisive action to curb Huawei, the Chinese telecom giant that has cyberespionage capabilities built into its 5G Internet equipment.

The Defense Department initially tried to block the administration from limiting the technology American companies could sell Huawei. The Pentagon was forced to reverse course after much hue and cry.

Another example: rare earths. Rare earths are natural elements critical for U.S. defense and the future of U.S. manufacturing. They are used in mobile phones, electric cars, satellites, lasers, lights, and high-tech alloys for everything from aircraft and missiles to mountain bikes and wind turbines.

China has a virtual global monopoly on the production and processing of rare earths.

According to government reports, it is a matter of national security for the United States to develop its own rare earth supply chain. But the Pentagon has been slow to move.

The good news is America has deposits of these critical elements within our borders. The Round Top deposit in Texas holds 15 of the 17 rare earth elements including all of those necessary for the production of permanent magnets used in missile guidance systems, a critical military resource identified in the National Defense Authorization Act.

In addition, an American company, USA Rare Earths, is ready to build the only rare earths processing facility outside of China capable of producing high-purity heavy rare earth oxides that crucial industries need.

The Pentagon may finally start moving rather than blocking projects like 5G and USA Rare Earths now that John Rood, like Elvis, has left the building.

Other officials who put their agenda above the president’s should get the message: they could be next.