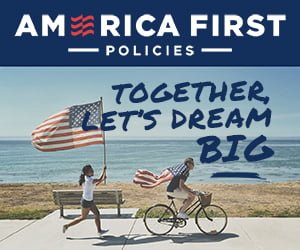 The people of Iowa see the presidential caucuses like racing enthusiasts approach the Kentucky Derby.

Like many of the people in the focus groups I listened in on late last year, he didn’t like Trump’s personality but thinks he’s done some good things.

Trump, he said, is like FDR in how he keeps everyone off balance. That makes some people uncomfortable, but it’s very smart and probably necessary.

Asked what specifically he thinks Trump has done right, first on the list (I’m not making this up): trade. China has been a big problem with intellectual property and spying, as we’ve seen most recently with the Harvard professor on Beijing’s payroll, and we needed to do something about it a long time ago. He speaks with colleagues from M.I.T., his alma mater, and they tell him there’s a big problem with China’s spies.

And it was time to update NAFTA. Trump was clever to exploit the divisions inside Canada between Quebec (where the protected dairy industry is centered) and the rest of the country (who pay dearly for milk and butter) to open markets for American dairymen, this Iowa voter told me.

The engineer considers himself an internationalist, but he agrees with the president in pushing NATO countries to pay more for their own defense. “They’ve been getting a free ride since the end of World War II. And the tariffs Germany puts on American cars is why you don’t see any Fords on the road over there.”

And there was something this Iowan remembered from the Democrats’ speeches in 2016 that still bothered him enough to tell me about it.

Both Hillary and Bernie made a point of winding up with a usual litany: Men have treated women unfairly, blacks have suffered at the hands of whites, and gays have faced discrimination by straights. He heard it over and over. “So here I am. I’m a man. I’m white. And I’m the father of four kids. I’m tired of being told I’m the villain. How do Democrats think regular guys out here across the country like being told they’re bad?”

This year he’s backing Sen. Amy Klobuchar, D-Minn. “She’s positive, mature, and it’s not exhortation all the time when she speaks,” a dig at the hectoring style of Bernie Sanders and Elizabeth Warren. This year the enemy is the rich, he tells me. They make an obligatory nod to the identity-politics agenda, then take aim at the rich.

Bernie is surging. The anti-establishment wing of the party is where the energy is.

The most interesting candidate is Andrew Yang. His slogan is MATH – Make America Think Harder. And he certainly is.

Speaking before a crowded room in the community center of Grundy Center, population about 2,700, he says giving every American a check for $1,000 a month is a dividend that would be paid by Silicon Valley. “It’s your share of the money they make selling your data. Your data is yours. They rent it, sell it and make billions. You deserve a share of it.”

Yang talks about all the journalists that have lost their jobs and local papers closed because all the ad revenue went to the cloud – “and it’s hard to get money from the cloud.”

He blasts Silicon Valley for turning a generation into anxious, depressed screen junkies.

He would go into “the guts of the apps,” see how they are making electronics into dopamine delivery devices and stop them from destroying unformed brains.

Unlike other Democratic candidates, who are as clueless about Communist China as they are about technology, Yang is clear eyed:

China is ready to leapfrog us on technology. We need to spend tens of millions to catch up on artificial intelligence, and relying on Huawei for 5G is a bad idea.