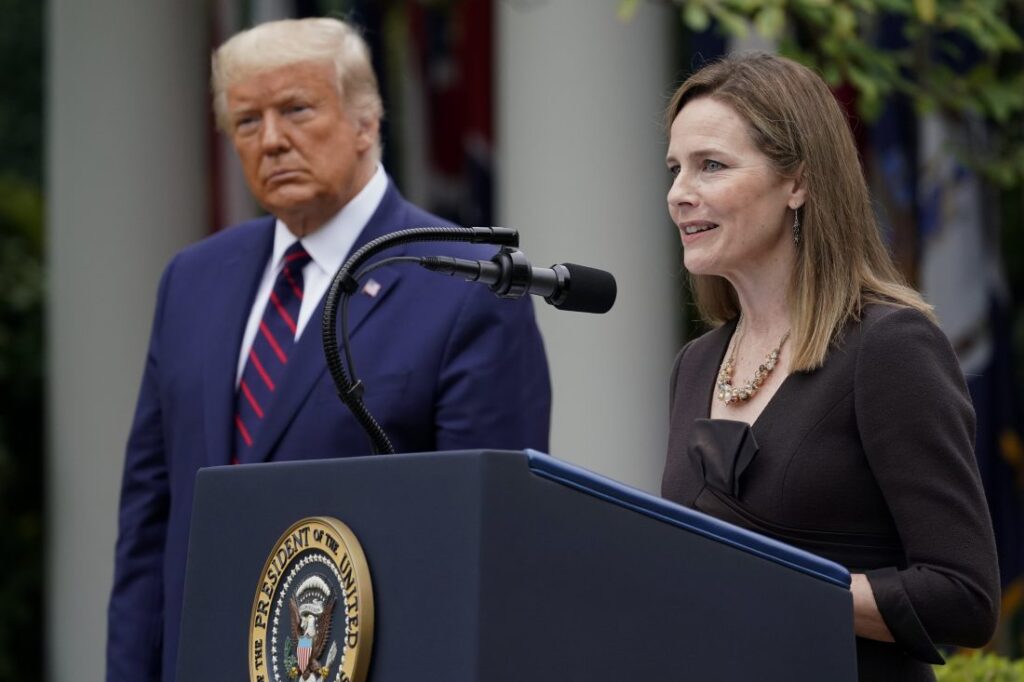 In the past, Joe Biden claimed it was the constitutional duty for the Senate to go forward with a Supreme Court nomination, but now he calls it unconstitutional.

Biden is falsely claiming the Senate’s impending confirmation of Judge Amy Coney Barrett to the U.S. Supreme Court is “unconstitutional.”

Even CNN’s Jake Tapper confronted Joe Biden’s communications director Kate Bedingfield and told her that confirming Judge Barrett is “not unconstitutional.” What’s more, in 2016, Biden said that if he were chairman of the Senate Judiciary Committee, he would see it as his constitutional duty to move forward with a Supreme Court nomination, even a few months before a presidential election.

In January 2017, Biden was asked if Democrats should refuse to go along with the confirmation process of a Supreme Court nominee selected by President Trump – Biden said no.

This Supreme Court vacancy has exposed Joe Biden as a shameless hypocrite who will say whatever he needs to say to help the radical left seize power.

Biden has refused to come clean on his plans to rig the Supreme Court in the far left’s favor, and he now is attacking as “unconstitutional” a process he himself was defending just a short time ago. Why? And why has the fake news given him a pass?

Americans are seeing an unprecedented economic recovery thanks to President Trump’s pro-growth policies.

From May through September, the American economy added back a historic 11.4 million jobs – the fastest economic recovery our nation has ever seen. In addition last month, the unemployment rate dropped to 7.9 percent – the Congressional Budget Office projected the unemployment rate would be 16 percent right now.

Trump Back On Campaign Trail

“I can go way out of a basement, which I would have done anyway – and which I did because you have to run a country. You have to get out of the basement. And it looks like I’m immune for, I don’t know, maybe a long time … The president is in very good shape,” Trump said as he prepares to embark on a whirlwind

Trump’s son Eric called out the mainstream media for becoming the communications arm of the Democratic Party: “Every single day, starting literally the morning of the debate, [The New York Times] have dropped some story they’ve been sitting on for literally the last six months or a year or two years to try and influence the election … The media’s become the activist arm for the Democratic Party.”

Trump has scheduled a rally for Greenville, NC on Thursday. The John Fredericks Show and The Virginia Star will be covering it live!