Biden To America: “We Don’t Need No Stinkin’ School!”

Democratic Presidential candidate Joe Biden once again chooses union bosses over students with threats to end school choice and his refusal to consider opening schools in the fall…Biden to your kids: too bad, stay home, screw football, get over it.

Ignoring the advice of health and educational professionals, Joe Biden is siding with teacher union bosses over students and families by refusing to commit to reopening schools this fall. The longer schools stay closed, the better his chances of winning are in November.

Science and data only matter to Democrats when it fits their narrative and enhances their dream of unchecked political power.

Case in point, the American Academy of Pediatrics is actively urging officials to allow children to be physically present in the classroom this fall. Biden’s response from his basement? You guessed it: crickets.

When schools do open, Biden wants to eliminate the choice to placate teachers’ unions. The former Vice President Biden on Monday promised to eliminate charter schools, saying they will be “gone” if he is elected president.

So, if your child is in a failing school: Joe says, suck it up, butter-cup

But that doesn’t go far enough for his Lefty-whacked base, so Biden would also take away scholarships from thousands of largely minority children, forcing them to go to inferior schools that fail to meet their educational needs.

Why? Because Joe Biden believes that he knows better than the parents on how to educate their children.

By contrast, President Trump believes that every child—regardless of background, income, or zip code—deserves the right to quality education and to a life of success.

Trump has advocated for policies that allow more children to attend the school of their choice, which has especially benefited lower-income and minority communities.

President Trump needs to lead on this issue.

He should call on every school district to open up for fall classes by September 8. Any school district that does not comply should be forced to fully explain their decision, backed up by published hard facts, science, and data.

Right now the decision of many jurisdictions to close their schools is backed only by political considerations.

With no data or science to defend their partisan decisions, school superintendents will cave to pressure from parents when they can’t defend their decision to close schools without anything except electoral factors.

The CDC can’t do this. The fake news media won’t do it.

Only President Trump can get schools to open in September.

Tune into The John Fredericks Show on Thursday, July 9 from 6-10 AM. Click here for the complete guest line-up. 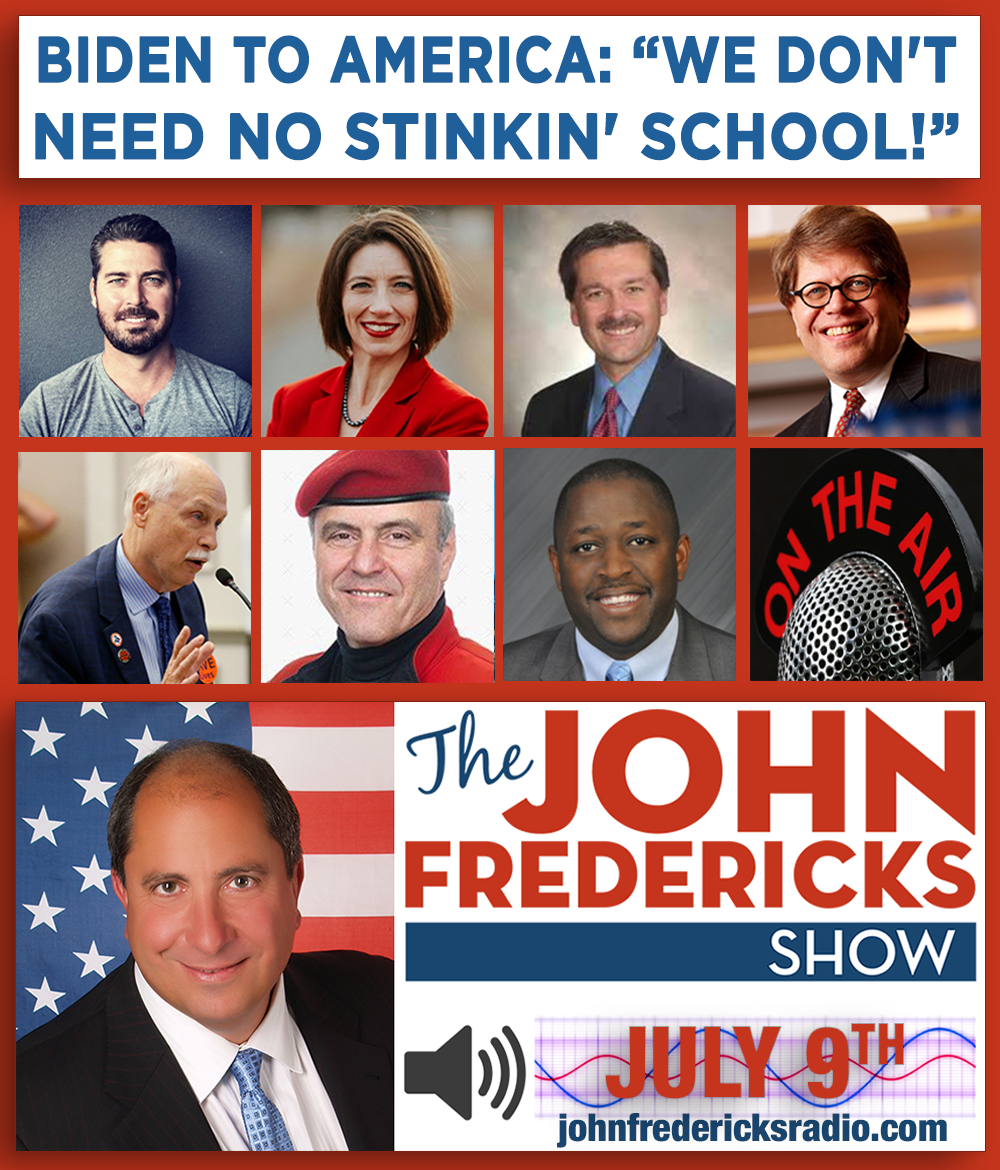